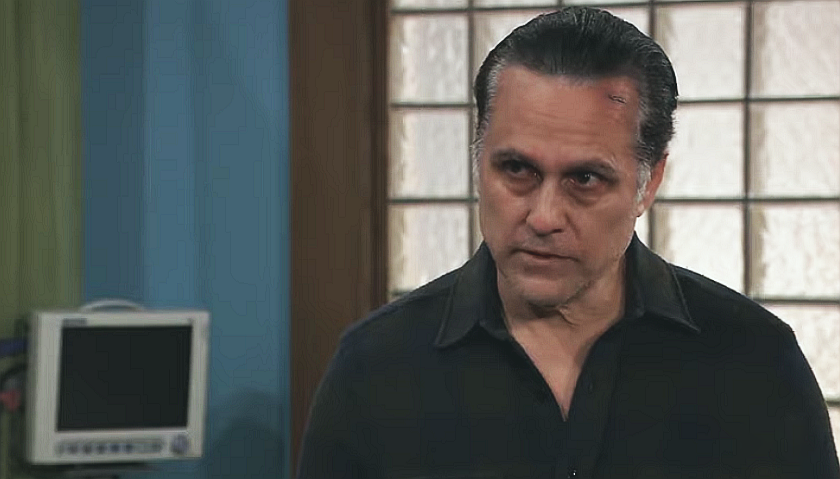 The General Hospital (GH) scoop for the week of February 1 hints Sonny Corinthos (Maurice Benard) will begin to wonder about his past.

Spoilers tease Chase and Willow will spend the week rediscovering each other. He’ll tell Willow he’s missed her and wants to spend more time with her. But viewers know that although their marriage is over, Willow still has feelings for Michael Corinthos (Chad Duell). Is Willow going to rekindle her romance with Chase or take some time to figure out which man she really wants?

Meanwhile, Sam will feel awful that Dante’s in the hospital, thanks to her mother. Alexis Davis (Nancy Lee Grahn) stabbed him with a syringe and although it was touch and go, he’s going to be okay. Sam will tell Dante she’s going to make it up to him and she’s also going to make sure her mother will pay for what she’s done.

Over with Jax, who on Friday told Nina she needed to know the whole truth about Nelle Benson (Chloe Lanier). “What truth are you talking about?” she asks him in the GH sneak peek. Will Nina find out he and Carly have known about about Nelle for months?

But whatever he tells her, rumor has it, a furious Nina will put both Jax and Carly on blast. Jax will do his best to defend his ex and himself. But will it be a case of too little, too late?

Finally, Sonny, or Mike, as he’s calling himself these days, will grapple with who he might be. Viewers know he’s desperate to get his memories back and he finally agreed to take medication for his bipolar disorder. Will being back on his meds help him to remember his life in Port Charles?