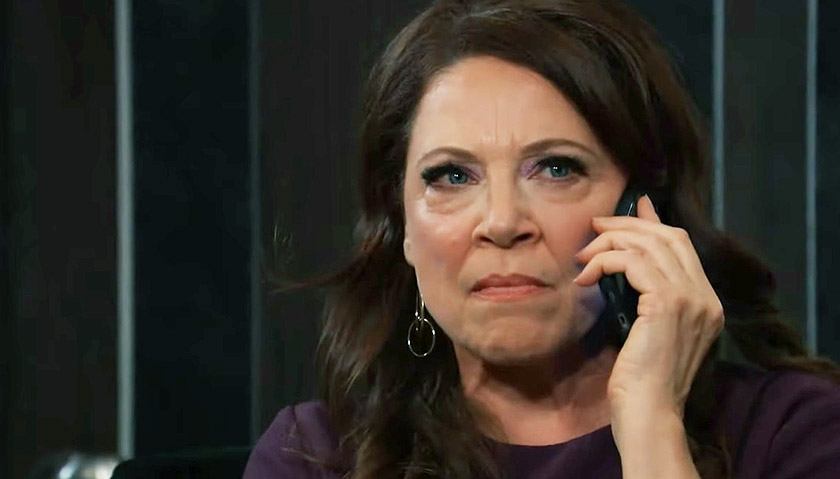 The General Hospital scoop for the week of August 30 hints Liesl Obrecht’s (Kathleen Gati) plan will hit a major snag.

Also coming up, Jason Morgan (Steve Burton) and Carly Corinthos (Laura Wright) will be worried there’s a scheme afoot and Britt Westbourne (Kelly Thiebaud) will be concerned for her mother. Plus, Peter August (Wes Ramsay) will have a dire warning for Nina Reeves (Cynthia Watros).

GH spoilers tease Jason will get an important tip from Jordan Ashford (Briana Henry). She’s found out Cyrus Renault (Jeff Kober) is planning something big, so he and Carly had better take some precautions.

GH Weekly Scoop – A Plan That Could Trick Peter August

No doubt, this is going to send Carly into a tailspin. She’s known something has been brewing for awhile now. But hearing that Cyrus is behind the threat and working with the five families will  make it that much more chilling. But what will she and Jason do about it? 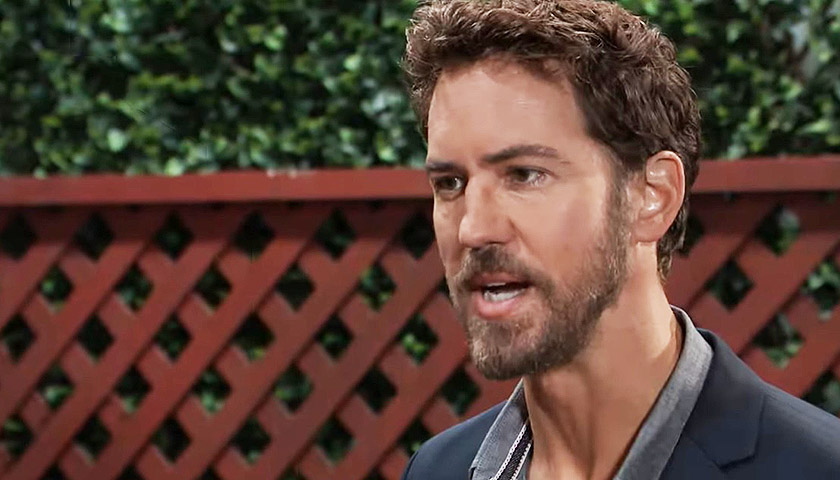 Over with Liesl, who is hoping her plan will work. She asked Nina to give Peter a bogus lead on Louise. Liesl wants him to head to St. Lucia, so she can deal with him there. Scott will accompany her, but the plane will be overtaken by hijackers. Rumor has it, Scott will be thrown out but will somehow survive . However, Liesl will disappear. And when Scott tells Britt what happened, she’ll flip out.

Other GH spoilers show Gladys Corbin (Bonnie Burroughs) will make some demands. But how will Lucy Co (Lynn Herring) and Sasha Gilmore (Sofia Mattsson) deal with them? Plus, Jasper Jacks (Ingo Rademacher) will spend some quality time with his daughter.

Meanwhile, Peter will warn Nina that if she’s deceiving him, there’ll be hell to pay. “I wouldn’t dare to cross you,” Nina tells  him in the GH sneak peek. But of course, Nina is trying definitely setting him up by sending him to St. Lucia. He thinks he’ll find his daughter there, but Nina hopes that instead, he’ll find Liesl, lying in wait for him.

Finally, Sonny Corinthos (Maurice Benard) knows that Peter recognized him and he’ll confront the villain. “Do you know who I am?” he’ll ask him. But will Peter blow Nina’s cover and tell “Mike” the truth? Or will he find a way to evade the question?