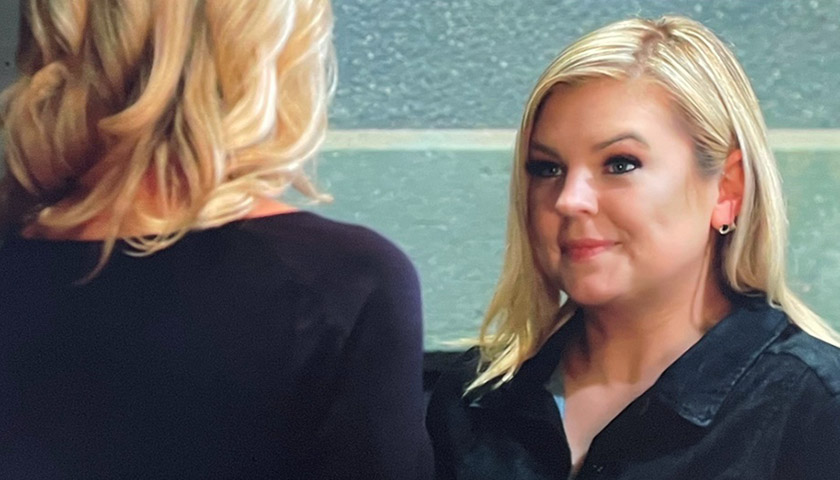 GH spoilers tease Ned wants to get rid of Austin Holt’s (Roger Howarth) claim on the Quartermaine family, and he’s willing to go to just about any lengths to do it. “What can I give you to walk away from your claim?” he’ll ask the doctor. Austin will reply that there’s nothing he can do to buy him out.

Over with Chase, who will be digging around in Edward Quartermaine’s (John Ingle) study, looking for information for Austin. But Brook Lynn will discover him and she’ll be angry. “If you value my friendship, you’ll tell me the truth,” she’ll say to Chase. But will he tell her what he’s really up to?

Meanwhile, Carly will be stressed out over Jasper Jacks (Ingo Rademacher) and the five families. She’ll try to get along with Jax for the sake of their daughter. However, Josslyn Jacks (Eden McCoy) can sense that something’s going on between her parents. Jason Morgan (Steve Burton) will do what he can to settle Carly down, but it’s not going to be easy.

Other GH spoilers show Sam’s going to ask Anna for a big favor. She’ll tell her that Drew Cain (Cameron Mathison) is alive and she needs assistance to find and rescue him. But will Anna agree to join Sam and Curtis Ashford (Donnell Turner) to find Drew?

Finally, Maxie popped in on Nina at the Tan-O on Friday. But instead of being warmly welcomed, she’ll be stunned to hear what comes out of Nina’s mouth. “I’m sorry, Maxie, but you have to leave now,” Nina will tell her. Of course, Maxie will be surprised by her friend’s attitude. However, lucky for Nina, Maxie will want to get back to Port Charles to see Louise. So Maxie will leave Nixon Falls pretty quickly.

But just as Nina lets out a big sigh of relief at Maxie’s exit, she’ll will have to deal with another unwanted visitor. Rumor has it, either Ava Jerome (Maura West) or Valentin Cassadine (James Patrick Stuart) will show up next. So how is Nina going to keep Mike hidden?