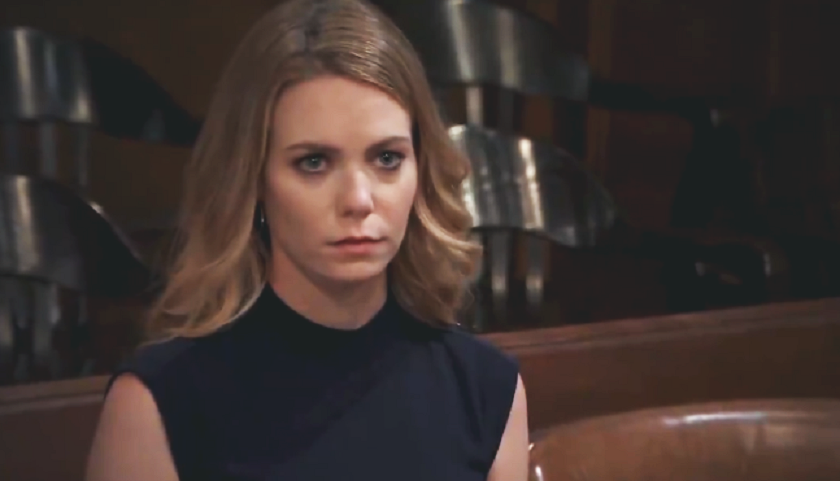 The General Hospital (GH) scoop for the week of August 17 hints Nelle Benson (Chloe Lanier) will not take her defeat lying down. She’s going to find a way to be with her son, no matter what it takes.

Also coming up, this year’s Nurses Ball will begin. And spoilers tease it will be jammed packed with great musical performances and stunning announcements.

Hamilton Finn (Michael Easton) and Anna Devane (Finola Hughes) will excitedly make wedding plans this week. They’ll go over their guest list and Anna will encourage him to make peace with his father so he can attend. Finn doesn’t seem too keen on the idea though and will try to change the subject any way he can.

Over with Elizabeth Baldwin (Rebecca Herbst), who will tell her friend Nikolas Cassadine (Marcus Coloma) he needs to remove Ava Jerome’s (Maura West) hooks. “If you’re not careful, she’s going to destroy every bit of good that’s left in you,” she tells him in a GH preview.

However, Ava has her own idea in mind. “I plan to remedy the situation permanently,” she tells Franco Baldwin (Roger Howarth). But is Ava talking about Nik or about the whole portrait fiasco? Later, Liz and Franco will overhear something. And it just may provide some light on what Ava and Nik have been up to.

Other spoilers tease Jasper Jacks (Ingo Rademacher) will get a big clue in Nina Reeves’ (Cynthia Watros) search for her daughter. Plus, Sam McCall (Lindsay Hartley) will get to spend some quality time with Jason Morgan (Steve Burton).

Finally, viewers know Nelle was devastated when she lost custody of Wiley Corinthos (Erik and Theo Olson) to Michael Corinthos (Chad Duell). They also know she planted a tracking device on the boy. Will she carry out her sinister kidnap scheme this week, or will someone manage to stop her?

It looks like another great week coming up! Keep reading The Soap Scoop for more General Hospital spoilers and news. And make sure you join our free GH Facebook Group.