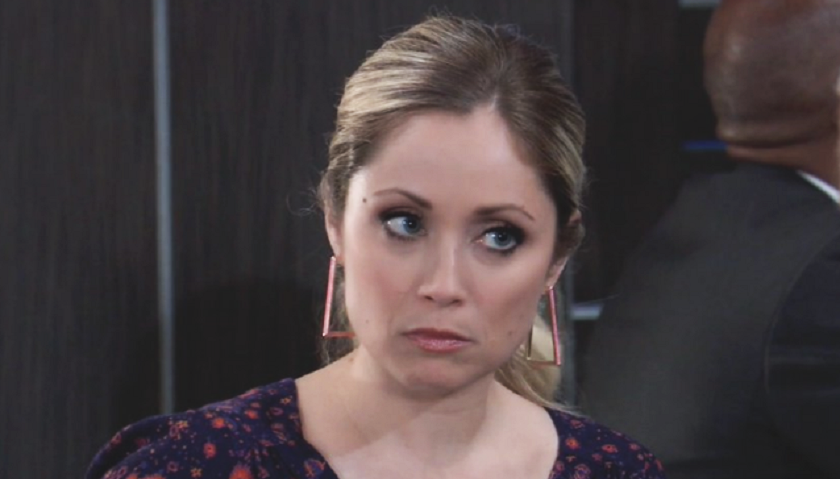 The General Hospital (GH) scoop for the week of April 27 hints Lulu Spencer (Emme Rylan) will make a mad dash to Crimson.

Finn suspects Chase is lying. He’s giving up his rock solid relationship with Willow Tait (Katelyn MacMullen) all for the sake of Michael Corinthos’ (Chad Duell) son. He’ll tell his brother he doubts very much that he was having any problems with Willow at all.

Meanwhile, Michael is still in shock that Willow caught Sasha Gilmore (Sofia Mattsson) cheating with Chase and he’ll seek comfort and the sage advice of his mother Carly Corinthos (Laura Wright). Of course, viewers know this is all a scam, set-up by Chase and Sasha, so Michael will marry Willow.

If he does tie the knot with her, he’ll prove to the courts that he can provide a stable home for Wiley. At the same time, it should go far to thwart Nelle Benson’s (Chloe Lanier) custody bid for the boy.

Over with Lulu, who will rush to Crimson, probably to collect Charlotte Cassadine (Scarlett Fernandez). Whenever the girl is facing a crisis, she tends to run to Nina Reeves’ (Cynthia Watros) side, which doesn’t exactly please Lulu. It’s rumored that Lulu will be in shock, so what has Charlotte done this time?

Finally, Sonny will finally meet with the newly-released Cyrus, with his right hand man Stone Cold at his side. They are hoping they can make a deal with Cyrus, to at least end the gang war on a temporary basis.

Sonny’s had a lot to deal with lately, especially with his Mike Corbin’s (Max Gail) condition deteriorating on a daily basis. Will Sonny and Cyrus be able to come to some kind of agreement to end the hostilities?