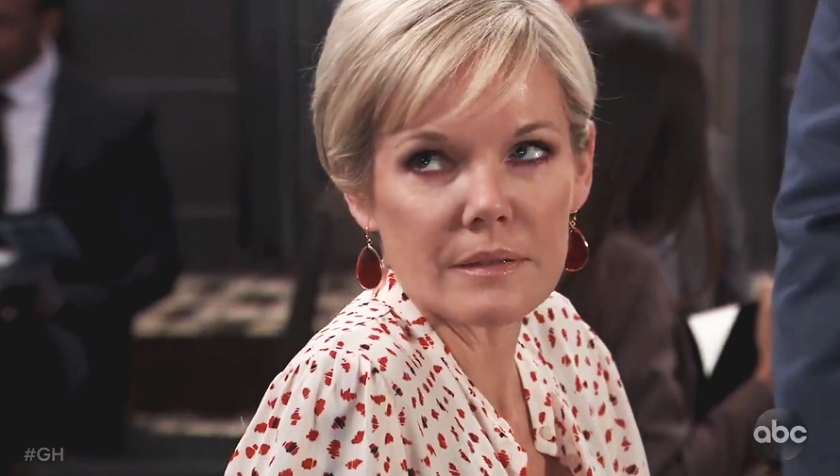 The General Hospital (GH) scoop for the week of April 20 hints Robert Scorpio (Tristan Rogers) will face off with Damian Spinelli (Bradford Anderson).

Also coming up, Nikolas Cassadine (Marcus Coloma) will defend his wife and Sonny Corinthos (Maurice Benard) will miss his meeting with Cyrus Renault (Jeff Kober). Plus, Valentine Cassadine (James Patrick Stuart) will discover who planted the snake in the pinata.

Let’s begin with Nikolas, who will tell Valentin, in no uncertain terms, to “back off of my wife.” Even though Ava Jerome (Maura West) accused him of planting that infamous snake that ended up in her purse, Nik is still going to defend his own, especially against the likes of Valentin.

And spoilers tease Valentin will find out exactly who did it. Charlotte Cassadine (Scarlett Fernandez) did it as a prank, but didn’t admit it. However, Valentin will find a credit card charge for a reptile store and he’ll know his daughter was the guilty culprit.

Other spoilers tease Sasha Gilmore (Sofia Mattsson) and Harrison Chase (Josh Swickard) will go ahead with their plan. They’re hoping they can coerce Willow Tait (Katelyn MacMullen) into marrying Michael Corinthos (Chad Duell). But it’s not going to be so easy.

“I can’t marry Michael, I love you,” Willow tells Chase in the GH weekly preview. It looks like Willow’s going to be a hard sell. But Sasha and Chase know that Wiley’s future hangs in the balance. What will they do to convince her otherwise?

Over with Robert and Spinelli, who will have quite the showdown this week. “You little rodent, are you trying to blackmail me?” Robert says to Spinelli.  No doubt, Spinelli will not take this accusation sitting down and will fight back.

Finally, Sonny will make a grave mistake when he misses his meeting with Cyrus. There’ll be an emergency with Mike Corbin (Max Gail), so any reasonable person would understand. But Cyrus isn’t exactly a reasonable person. Will he seek retribution on Sonny for standing him up?