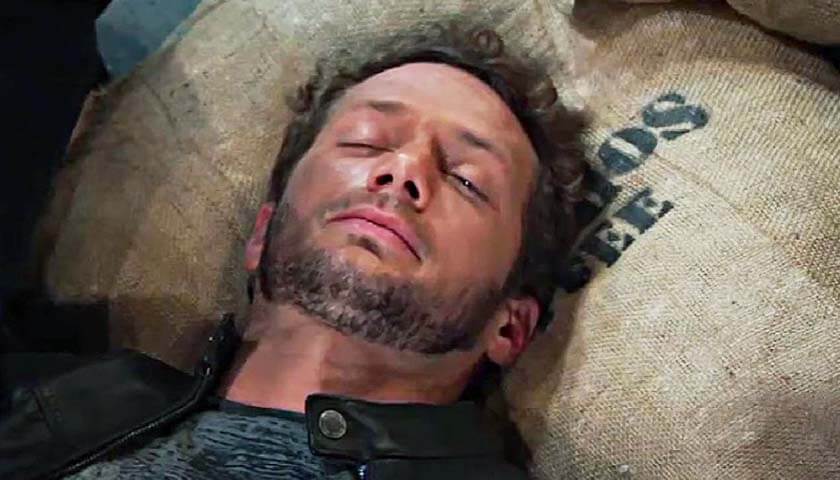 The General Hospital (GH) scoop for the week of September 12 hints Brando Corbin (Johnny Wactor) may die after a vicious attack.

Also coming up this week, Carly Corinthos (Laura Wright) will get a scare. Plus, Sonny Corinthos (Maurice Benard) will interrogate Ava Jerome (Maura West). And Stella Henry (Vernee Watson) will make a confession.

GH spoilers tease Stella will tell Jordan Ashford (Tanisha Harper) she never mailed the signed divorce papers. Which means she’s still legally married to Curtis Ashford (Donnell Turner). No doubt, this is going to throw a wrench in Curtis’ wedding plans with Portia Robinson (Brook Kerr). It also looks like Jordan will cover for Stella when she breaks the news to Curtis.

GH Weekly Scoop – Britt Confides A Secret To Her Bestie

Over with Carly, who will be on her way to Aruba, when the plane she’s on is forced into an emergency landing.  It’ll be a frightening experience but may not be the only scare she faces. Because she’s going to spot an enemy. But who will it be?

Meanwhile, Sonny will pay Ava another visit in her hospital room. He’s determined to find out who stabbed her with a fish hook and he’ll question her about who did it. “Who am I protecting you from Ava?” he asks in the GH sneak peek.

Other GH spoilers indicate Hamilton Finn (Michael Easton) will thank his father for always having his back. Plus, Britt Westbourne (Kelly Thiebaud) will tell Brad Cooper (Parry Shen) a secret. And Willow Tait (Katelyn MacMullen) will lose it.

General Hospital Scoop – Will It Be A Targeted Attack On Brando?

Finally, Jordan and Dante Falconeri (Dominic Zamprogna) will make their way to yet another brutal crime scene. And this time, the victim will be Brando. However, will Cyrus Renault’s (Jeff Kober) former driver be in the wrong place at the wrong time? Or will it be a targeted attack?

And what will happen to Sasha Gilmore (Sofia Mattsson) if Brando succumbs to his injuries? It may just leave the model all alone, facing yet another tragic heartbreak.