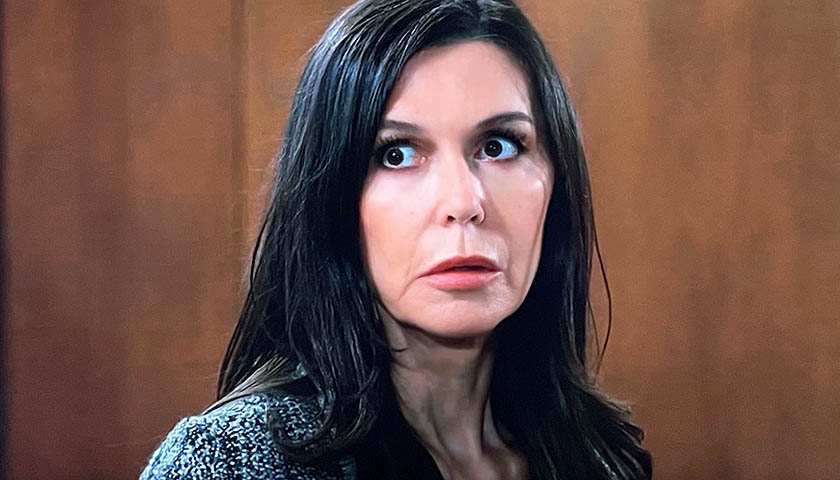 The General Hospital (GH) scoop for the week of October 24 hints Anna Devane (Finola Hughes) will be arrested for murder.

Also coming up this week, Brook Lynn Quartermaine (Amanda Setton) and Harrison Chase (Josh Swickard) will take their relationship to the next level. Plus, Carly Corinthos (Laura Wright) will make a big decision. And Holly Sutton (Emma Samms) will give someone a slap.

GH spoilers tease Brook Lynn and Chase will reach a major milestone in their romance. The couple will share more close moments this week and then they’ll finally make love. Of course, what Chase doesn’t know is that his girlfriend deleted a text from his phone. So, it won’t be all smooth sailing ahead for this couple.

GH Weekly Scoop – Will Carly Make A Commitment To Drew?

Over with Carly, who just shared a highly emotional moment with Drew Cain (Cameron Mathison). She scattered her mom’s ashes in the Atlantic Ocean, with Drew at her side. This week, as she prepares to leave Jacksonville, she’ll make a decision about her future. But will she make a commitment to Drew? 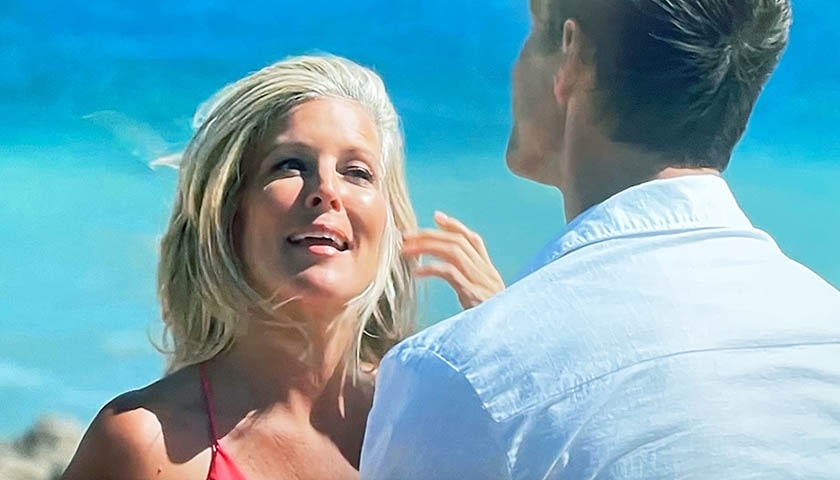 Meanwhile, in the GH weekly preview, Holly will give someone a good wallop. “Consider this our introduction,” she says in the GH sneak peek, before she strikes. Hopefully, the person on the other end of the slap will be Victor Cassadine (Charles Shaughnessy).

Other GH spoilers tease Willow Tait (Katelyn MacMullen) will get some details about her health. Plus, Josslyn Jacks (Eden McCoy) and Cameron Webber (William Lipton) will pay Spencer Cassadine (Nicholas Chavez) a visit at Pentonville. And Mac Scorpio (John J. York) will have a theory. “Lucy may be the victim, but Anna is the target,” he’ll say to Jordan Ashford (Tanisha Harper).

General Hospital Scoop – Anna Tells Dante She Has Something To Share

Finally, as viewers saw on Friday’s GH, Anna found evidence that she was being set-up, by Victor, for Lucy Coe’s (Lynn Herring) murder. When she opened the trunk of her car, she found the outfit in the video footage, plus the weapon, stashed in the spare tire area. However, who can she turn to? Even though Jordan is on her side, Martin Grey (Michael E. Knight) is gunning for her. So, it seems Anna will approach Dante Falconeri (Dominic Zamprogna).

“I need to share something with you,” she’ll tell him. But will she show Dante what she discovered in the trunk of her car? Whether she does or not, her fate will be sealed. Anna will be arrested for Lucy’s murder. But who actually shot Lucy? Has Anna’s twin sister Alex Devane (Finola Hughes) resurfaced, or was it Holly in disguise?