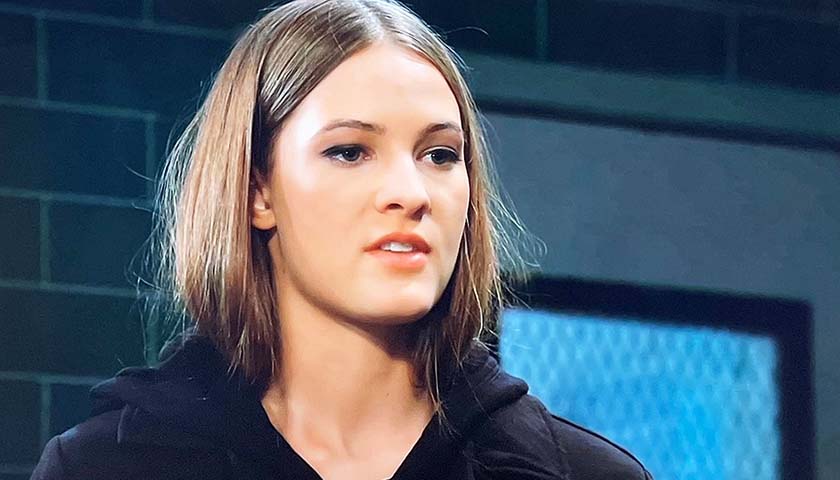 The General Hospital (GH) scoop for the week of October 10 hints Esme Prince (Avery Kristen Pohl) will have an ace up her sleeve when she encounters Nikolas Cassadine (Marcus Coloma).

GH spoilers tease Valentin and Anna will get some help from Nina Reeves (Cynthia Watros). She’ll phone Victor Cassadine (Charles Shaughnessy) and fib, telling him a lie about why he’s been bumped to another room. Of course, Victor’s new room at Metro Court will be bugged. And Robert Scorpio (Tristan Rogers) will sidetrack Johann (Max Decker).

Over with Sonny, who will be tired of all the infighting within his family. After a conversation with Gladys Corbin (Bonnie Burroughs), he’ll reach out to Michael to broker a peace deal between them. But will Michael be willing to negotiate?

Meanwhile, at a Jacksonville council meeting, Drew will be proud of Carly as she states her position. Rumor has it, it’ll lead to a romantic moment between the two of them. But will Carly and Drew finally give in to their feelings for each other?

Finally, Esme will spy on Victor and Nikolas and eavesdrop on their conversation. They’ll have a huge argument about Ava Jerome (Maura West). And Esme will listen in as Victor demands to know what Ava has on Nik.

Later, Nikolas will be stunned when he discovers Esme at Wyndemere, attempting to break into his safe. He’ll tell her he’s going to call the police. But then Esme will drop a bombshell on Nik – will she tell him she’s pregnant with his child?