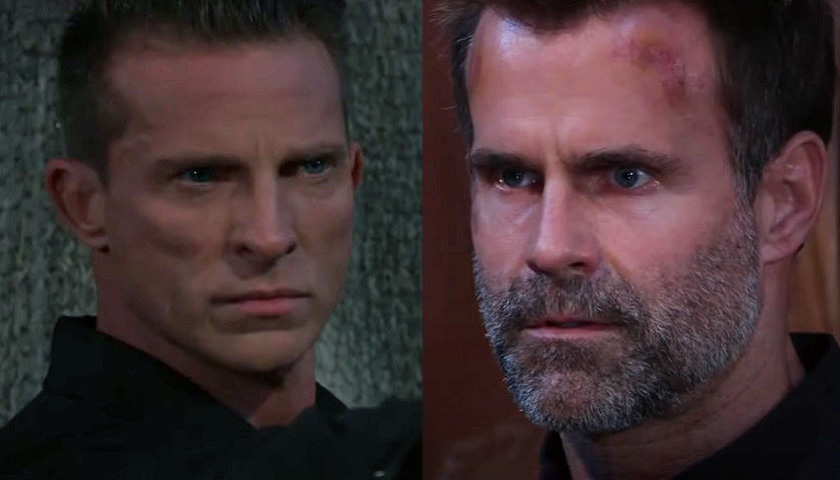 Also coming up this week, Peter August (Wes Ramsay) will put his power on display and Phyllis Caulfield (Joyce Guy) will get an incredible offer. Plus, Sonny Corinthos (Maurice Benard) will meet with Ms. Wu (Lydia Look) and Willow Tait (Katelyn MacMullen) has a run-in.

GH spoilers tease Phyllis will be stunned when Sonny tells her she’s the new owner of Charlie’s Pub. She’ll refuse the offer at first but Sonny will insist. He’ll never forget how kind she was to him in Nixon Falls. Phyllis gave him a job and a roof over his head. So, will she relent and accept Sonny’s gift?

GH Weekly Scoop – Willow Tait May Run Into Her Mother

Speaking of Sonny, he’ll take a meeting with Ms. Wu, who will ask for a favor. Sonny knows she protected Jason and Carly Corinthos (Laura Wright) when he wasn’t around. And he’ll likely be more than willing to grant her whatever she asks.

Between Spencer Cassadine and Curtis' stalker, Portia sees red flags going up all around her. #GH is tense, new and starts RIGHT NOW on ABC! @brookkerr pic.twitter.com/C6wb700M3E

Over with Willow, who will have a startling encounter. It may be that she’ll run into her mother at Spring Ridge. But will Harmony Miller (Inga Cadranel) have any luck getting to know her daughter better?

Other GH spoilers tease Curtis Ashford (Donnell Turner) will deal with a crisis and then he’ll finally meet Marshall (Robert Gossett). He’ll confront the mystery man, but will he get any answers? Plus, Trina Robinson (Sydney Mikayla) will encourage Josslyn Jacks (Eden McCoy) to take things slow with Cameron Webber (William Lipton). But Esme Prince (Avery Kristen Pohl) will push her to speed things up.

Finally, Britt Westbourne (Kelly Thiebaud) will try to make a deal with Peter. Liesl Obrecht (Kathleen Gati) needs to get to a hospital, so Britt will be desperate to save her mother. But is he willing to negotiate? “There’s only one way off this island for you,” Peter tells Britt in the GH sneak peak.

At around the same time, Jason will make an appeal to Drew. He wants to team up with his twin brother, knowing Peter has diabolical plans for both of them. “There’s a way to make sure that doesn’t happen,” he’ll say to Drew. Jason knows he’s under Peter’s control but he’ll try to reach through it. However, Peter will have something up his sleeve. So, will he show off his powerful conditioning of Drew and dash Jason’s hopes of making it off Cassadine Island alive?