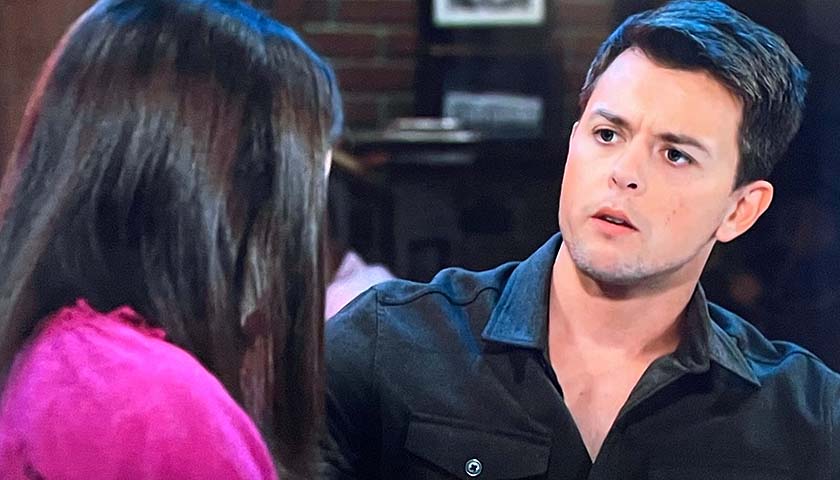 The General Hospital (GH) scoop for the week of November 7 hints Willow Tait’s (Katelyn MacMullen) test results will be dire.

Also coming up this week, Scott Baldwin (Kin Shriner) will have an unpleasant encounter. Plus, Nina Reeves (Cynthia Watros) will confide her suspicion to Sonny Corinthos (Maurice Benard). And will Esme Prince (Avery Kristen Pohl) make a deal with Victor Cassadine (Charles Shaughnessy)?

GH spoilers tease Victor’s going to find Esme locked in the room at Wyndemere. And it’ll occur to him he can use the girl as a bargaining chip against Nicholas Cassadine (Marcus Coloma). So, he may offer to help Esme, but in exchange for what?

GH Weekly Scoop – Scott’s Unsettling Blast From The Past

Over with Scott, who will experience an unsettling blast from the past. It’s rumored he’ll run into Heather Webber (Alley Mills). But is the villain going to jeer at Scott for his relationship with Liesl Obrecht (Kathleen Gati)?

Other GH spoilers tease Nicholas will get a nasty surprise. Which means he may discover his hostage has escaped. Plus, Elizabeth Webber (Rebecca Herbst) will bring Hamilton Finn (Michael Easton) up to speed on what she learned in Monterey. And the hook killer will zero in on a new target.

Meanwhile, Nina will see Willow embracing TJ Ashford (Tajh Bellow). And she’ll rush to tell Sonny she suspects his son’s pregnant girlfriend is having a fling with the intern. Even though Sonny is on the outs with Michael Corinthos (Chad Duell) these days, he’ll still wonder if he should relay this info to his son.

Finally, Willow will be devastated to learn her leukemia is in stage three. Once again, TJ will encourage her to open up to the father of her child. And Willow will take his advice and finally come clean with Michael.

Of course, Michael will be shocked by the news and he’ll tell her they’re going to fight this thing together. But he’ll also be disheartened that Willow kept her cancer diagnosis hidden from him for so long. But will he forgive her?