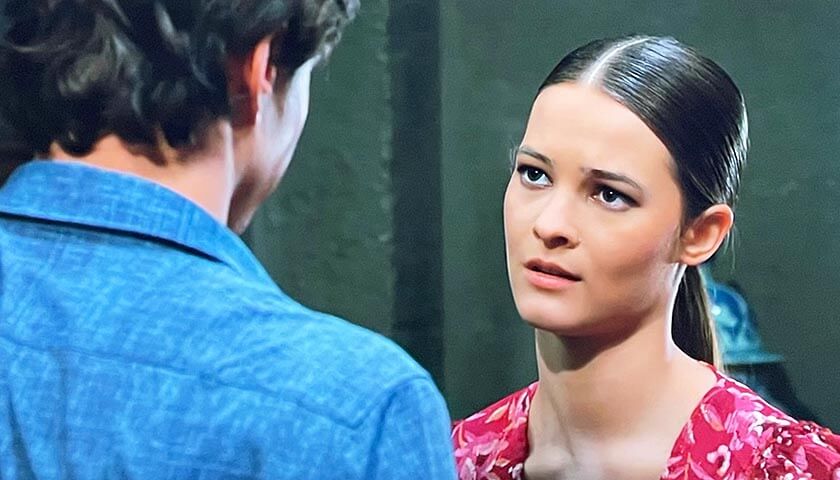 GH spoilers tease Maxie will be concerned about her ex. He’s been acting odd and she’ll come right out and ask him if he’s been stalking her and Austin Holt (Roger Howarth). Spinelli will deny it but will come clean about running Society Setups. He’ll also confess that Cody Bell (Josh Kelly) found out and blackmailed him into setting him up with Britt Westbourne (Kelly Thiebaud).

GH Weekly Scoop – Brando Is Worried About His Wife

Of course, Maxie’s going to be worried about Britt and her date with Cody. She’ll want to warn her friend but it doesn’t seem like she’ll need to. Because when Cody starts to interrogate his date about Cesar Faison (Anders Hove), Britt will be suspicious. And the evening will take a sour turn.

Other GH spoilers tease Valentin Cassadine (James Patrick Stuart) will pull out all the stops for Anna Devane (Finola Hughes). Plus, Carly will promise that Esme’s going to rue the day she messed with Josslyn Jacks (Eden McCoy). And Brando Corbin (Johnny Wactor) will become increasingly concerned about his wife, who still refuses to go to rehab.

Meanwhile, Trina will be nervous as her trial gets underway. But she’ll have her mother by her side. Portia Robinson (Brook Kerr) will ask Curtis Ashford (Donnell Turner) if he found evidence that Trina didn’t do what she’s been accused of. But how will Curtis respond?

Finally, Spencer will tell Esme he’s got DNA evidence of her biological mother. He’ll try to convince her that all she has to do is confess that she set-up Trina to take the fall for the video. If she does, he’ll gladly give her the paperwork.

“Here is the only proof you need, if you want it,” Spencer says to Esme in the GH sneak peek. Of course, viewers know his so-called DNA evidence is bogus. However, Spencer is counting on Esme to take the bait, but will she?