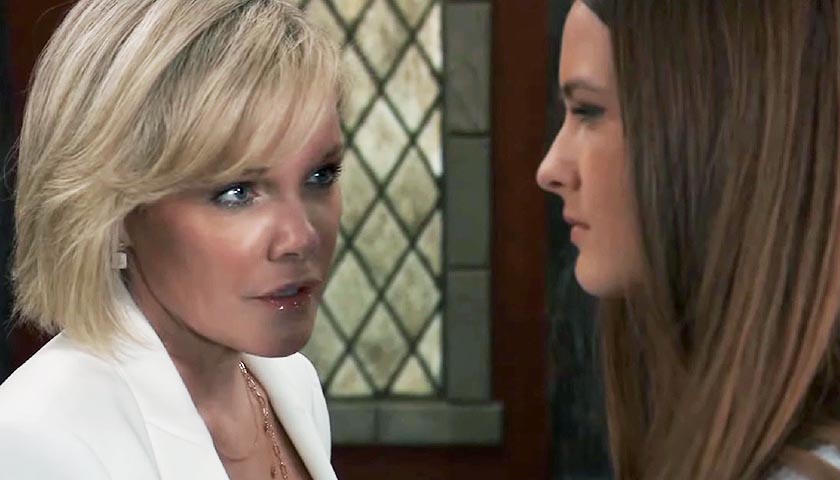 Also coming up this week, Trina Robinson (Tabyana Ali) will take the stand. Plus, Willow Tait (Katelyn MacMullen) will learn more about her condition. And Nicholas Cassadine (Marcus Coloma) worries his son will end up back in the slammer.

GH spoilers tease Willow will be nervous as she waits for results with TJ Ashford (Tajh Bellow). He’ll tell her she shouldn’t be alone and will suggest she call Michael Corinthos (Chad Duell). But she still doesn’t want to involve her husband. However, will she change her mind when more results finally come in?

GH Weekly Scoop – Will Spencer Be Back Behind Bars?

Meanwhile, Diane Miller (Carolyn Hennesy) will put Trina on the stand, so she can tell her side of the story. Both Diane and Portia Robinson (Brook Kerr) will hope for the best. But will Trina’s emotional testimony end up helping or hurting her case?

Over with Nicholas, who will berate Spencer Cassadine (Nicholas Chavez) for his testimony. By admitting to an illegal day pass from Spring Ridge, his son may end up behind bars again. Spencer will tell his father he has no regrets and will say had no other choice but to tell the truth. However, their conversation will likely be disrupted, when Nicholas is alerted that there’s an altercation at Wyndemere.

General Hospital Scoop – Ava Jerome Is Already On The Warpath

Finally, Ava will have it out with Esme once and for all. She’s already on the warpath, after finding out Esme slept with Nicholas. The last time the two women faced off, Esme taunted Ava, telling her she was going to lose Trina for five to ten years. “You insufferable little bitch,” Ava replied. But they may have come to blows if their confrontation hadn’t been interrupted by Nicholas and Spencer.

However, this time Ava will be out for blood. She told Esme on Friday if she doesn’t admit she framed Trina she would “make sure no one ever finds you while you’re still breathing.” This week, she’ll issue her another ultimatum, as previewed in the GH sneak peek. “You either tell the truth, or it’s the end of the line!” Of course, Esme will refuse. And rumor has it, the face-off between the two women will turn into a catfight for the ages. But who will come out on top?