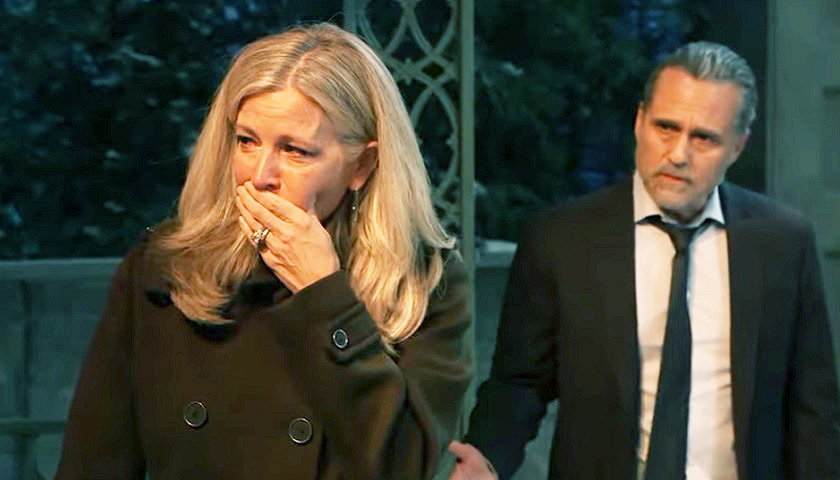 The General Hospital (GH) scoop suggests Carly Corinthos (Laura Wright) is furious with Sonny Corinthos (Maurice Benard). But will she end their marriage?

As viewers know, Sonny’s dirty little secret finally came out in the courtroom this week, thanks to Willow Tait (Katelyn MacMullen). He and Nina Reeves (Cynthia Watros) fell in love while he had amnesia and was living in Nixon Falls as “Mike”.

When Scott Baldwin (Kin Shriner) questioned Willow during Nina’s trial, he made her admit what she knew. “I overheard Sonny say whatever happened between us in Nixon Falls, it has to come from me and it will.”

But Scott didn’t leave it at that, he also asked her what went on between Sonny and Nina. “Love. She said their love was the purest thing she’s ever known,” Willow replied. “Nina said that Mike felt the same way.” 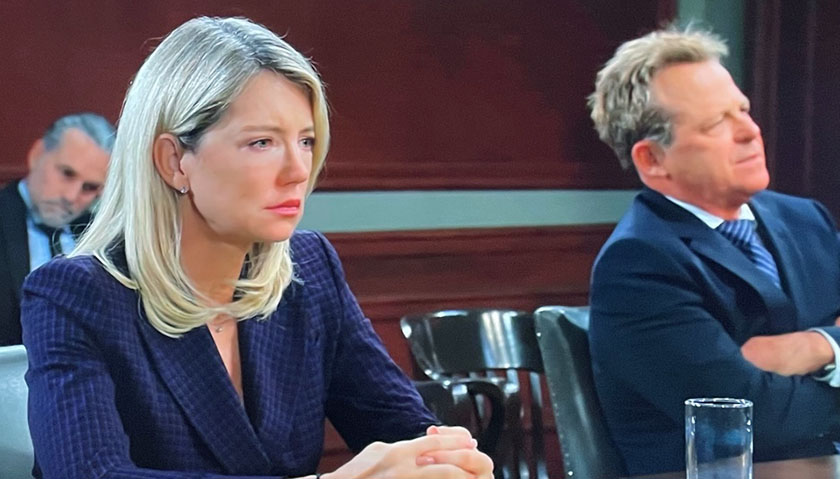 And Carly did not take it well. At all. After they left the courtroom, she took off and Sonny followed her. “Please tell me you’re not still sleeping with Nina,” she said. Then he told her he never slept with Nina in the first place.

However, that was little solace to Carly. After all, he had a relationship with her nemesis in Nixon Falls and when he returned to Port Charles, he kept it a secret from her. “You fell in love with someone else, where does that leave me?” she asked him.

General Hospital Poll – Sonny Should Have Come Clean With Carly

Obviously, Sonny should have come clean right after Carly told him the truth about she and Jason Morgan’s (Steve Burton) marriage. “When were you going to tell me, about Nina?” she asked Sonny. He replied that he was going to confess, but then Jason died.

When Sonny admitted he still had feelings for Nina, Carly understandably lost it. “I need some time apart,” she told him. “Do not come home tonight.” So, what do you think? Will Carly be able to forgive Sonny or will she decide to end their marriage? Vote in our poll below!

Is Carly Going To Dump Sonny?