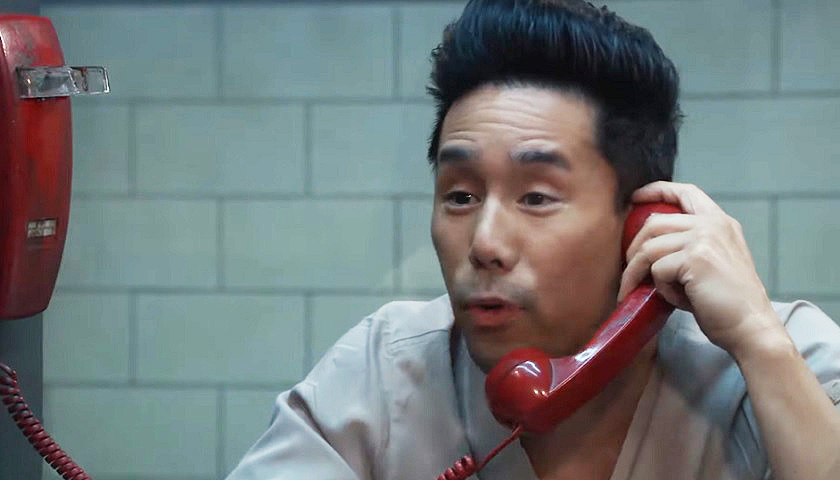 The General Hospital (GH) scoop hints Britt Westbourne (Kelly Thiebaud) will get her best friend back, as Brad Cooper (Parry Shen) is returning.

As viewers know, Ms. Wu (Lydia Look) recently asked Sonny Corinthos (Maurice Benard) for his assistance. With Brad’s parole hearing coming up, she was hoping he’d help get her nephew released from prison.

After all, she did do Sonny a solid by protecting Carly Corinthos (Laura Wright) and Jason Morgan (Steve Burton). But considering Brad stole Wiley from his rightful father Michael Corinthos (Chad Duell), Sonny said no.

However, Sonny also told Ms. Wu he wouldn’t try to influence the court. He agreed to let the judge determine whether Brad would be set free. But will Brad be granted parole and if so, will the character be returning permanently?

All signs point to yes! GH head writers Chris Van Etten and Dan O’Conner told Soaps.com that Brad’s return is going to have “profound and surprising effects in many different quarters.” They also admitted the character may be seen as a threat by a lot of others  in Port Charles.

The last time viewers saw Brad onscreen was in July, when Britt paid him a visit at Pentonville. She was heartbroken at the time, having just been dumped by Jason, and needed her best friend.

She perked up when he revealed that he would be up for parole soon. Britt hoped he’d be released before the annual Nurses Ball, which she said would take place in the fall. And it looks like her wish is going to come true. Although there’s no word yet on Shen’s exact return date.

But what will Brad get up to when he’s back in Port Charles? Will he regress to his former wicked self? After all, he is connected to the mob now. Or is he going to mend his ways? One thing’s for sure, dealing with Huntington’s and with her mother’s life on the line, Britt could really use her bestie. The timing couldn’t be better.

TOMORROW ON #GH… The Jerome Gallery is proud to present @joelsartore's #PhotoArk exhibit! Don't miss your chance to get a one-of-a-kind look at these amazing animals! @NatGeo #GeneralHospital pic.twitter.com/gaE92F94Vn