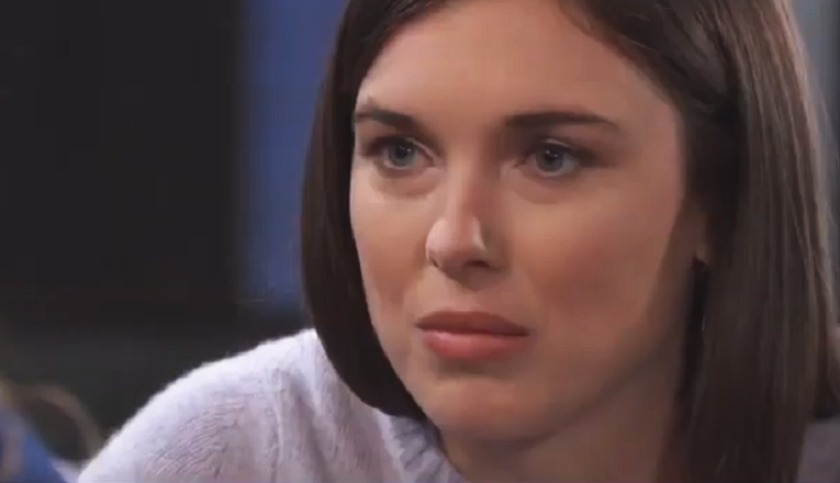 General Hospital (GH) spoilers for Tuesday, January 21 hint that Brad Cooper (Parry Shen) better watch his back, when it comes to his parental rights.

Willow Tait (Katelyn MacMullen) is still outraged that Nelle Benson (Chloe Lanier) is living at Brad’s place and in direct contact with her biological son Wiley.

“How can I be okay with Brad raising my son on his own?” she says to Sasha Gilmore (Sofia Mattsson) in the GH sneak peek video.

And Willow’s not the only one. Michael Corinthos (Chad Duell) will go looking for his sister Josslyn Jacks (Eden McCoy) and he’ll find her down by the docks. She’s been a little blue these days and he’s worried about her.

Michael has also been disconcerted that Nelle is out of prison and back in Port Charles. He knows this will mean nothing but trouble for his family. And now that Nelle is living at Brad’s place, he too is concerned about baby Wiley. But Joss may have a solution.

“Have Willow revoke the adoption and take Wiley back,” she will suggest to Michael. Will he take his sister’s advice and speak with Willow?

Over with Nelle, spoilers tease she will be shaken up when she has an uncomfortable run-in with Carly Corinthos (Laura Wright). She’ll want to talk to Carly about her late son Jonah, who viewers know is actually baby Wiley. “Mention Jonah one more time and see what happens,” Carly will tell Nelle angrily.

Other spoilers tease that Martin Gray (Michael E. Knight) will stick close to Valentin Cassadine (James Patrick Stuart) on Tuesday, and Sonny Corinthos (Maurice Benard) and Jason Morgan (Steve Burton) will work on a new plan. “There can’t be an incident, this has to work,” Sonny will tell Jason. Will this involve the missing shipments?