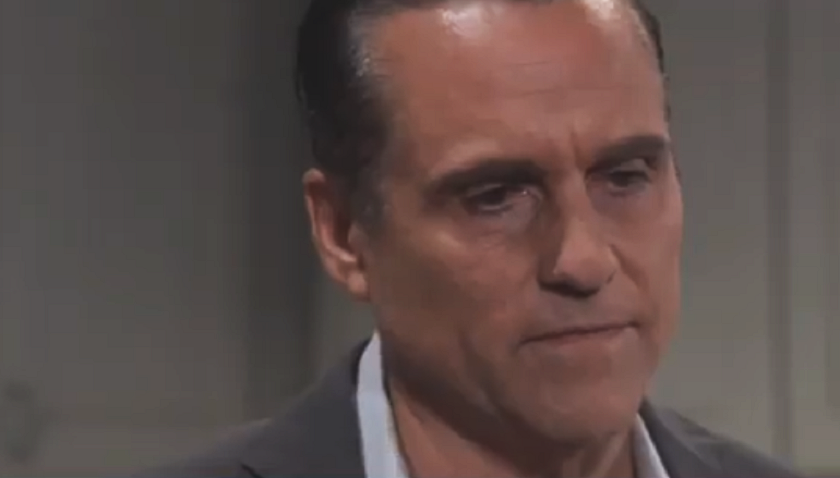 In the GH sneak peek, Michael is seen holding baby Wiley in his arms. Brad Cooper (Parry Shen) asks him if everything is OK. “Not really,” Michael replies. Is he onto Brad and beginning to suspect something is up with Wiley’s paternity? Chances are good he’s not. It’s more likely to be a small health scare for Wiley.

Before his confrontation with Sonny, Julian will have a quick conversation with his sister Ava Jerome (Maura West) who will tell him that the new year will bring about nothing but happiness for her. “I am about to have the sweetest revenge,” she’ll tell Julian.

When Sonny arrives at the bar, he’ll ask Julian what’s going on with him and Brad. One of Sonny’s guards overheard the pair arguing and it raised Sonny’s suspicions immediately. What will Julian say to put a lid on Sonny’s mistrust?

And Sonny will also have a chat with his wife Carly Corinthos (Laura Wright) about the new Alzheimer’s trials taking place in New York. He’s hoping it could help his dad Mike Corbin’s (Max Gail) condition.

In other GH spoilers, Anna Devane (Finola Hughes) will have some uncomfortable questions for her son Peter August (Wes Ramsay). Will Peter continue to lie to those he loves?

And finally, Jason Morgan (Steve Burton) will try to make deal with Robert Scorpio (Tristan Rogers). He wants Robert to help out with Sam’s probation, so that the two of them can see each other again.

“You have a proposal, I’d like to hear it.” Robert tells Jason in the GH sneak peek. But will he be able help reunite the star-crossed lovebirds?

At any rate, it looks like fans will be in store for another exciting episode. Keep reading The Soap Scoop for more General Hospital spoilers and news.