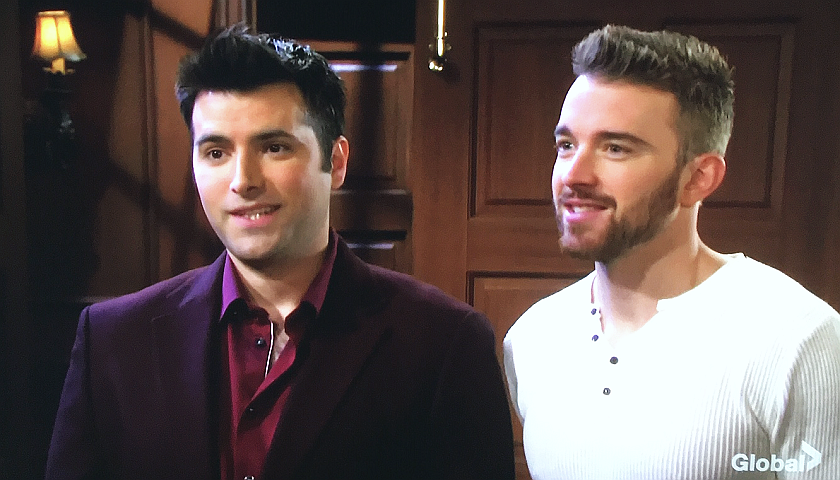 The Days Of Our Lives (DOOL) scoop for the week of August 31 hints that WilSon will say their goodbyes to friends and family in Salem.

Also coming up this week, Philip Kiriakis (Jay Kenneth Johnson) and Xander Cook (Paul Telfer) will battle it out, Ciara Brady’s (Victoria Konefal) fate is revealed and Kristen DiMera (Stacey Haiduk) will return. Plus, Sami Brady (Alison Sweeney) and Belle Black (Martha Madison) will square off and Gwen (Emily O’Brien) will deal with the fallout in her personal life. It looks like an exciting week ahead, so let’s get started!

Spoilers tease Victor Kiriakis (John Aniston) will have a big decision to make. Both his son Philip and his nephew Xander are vying for the CEO position at Titan Industries. He feels either man would be more than capable to head up his company, but which one will he choose?

Over with Ciara, who viewers have fretted about for a week now. Was she killed by hubby Ben Weston (Robert Scott Wilson), did she escape or did something else happen? It will turn out Ciara is alive and well. However, she is being held hostage by Eve Donovan’s (Kassie DePaiva) henchman Vincent (Michael Teh). But not all hope is lost, as Ben will recall a key piece of information later in the week.

Now that Nicole Walker (Arienne Zucker) has alienated Belle and Sami, the sisters have already had one blowout. And rumor has it, they’ll have another huge showdown. Will it once again have something to do with the custody issue?

Since Gwen caught her boyfriend Jake Lambert (Brandon Barash) in bed with Gabi Hernandez (Camila Banus), she’s been afraid she’ll get kicked out of the DiMera mansion. This week, she’ll try to play on Chad DiMera’s (Billy Flynn) sympathies.

Meanwhile, even though Brady Black (Eric Martsolf) will be pleased to see Kristen, the couple will get into an argument. Brady knows if his lady love is caught, she would be facing a decades-long prison sentence. Although he wants her to be a part of his and their daughter’s life, he’ll encourage her to leave.

Finally, Bonnie Lockhart (Judi Evans) will comfort Justin Kiriakis (Wally Kurth) when he finds out Sonny Kiriakis (Freddie Smith) is leaving town. He’s happy for  his son that he’s found a great new job opportunity but frankly, he doesn’t know what he’ll do without him. Then Sonny and Will Horton (Chandler Massey) will bid a tearful adieu to their friends and family and take their leave of Salem. Will they ever return?