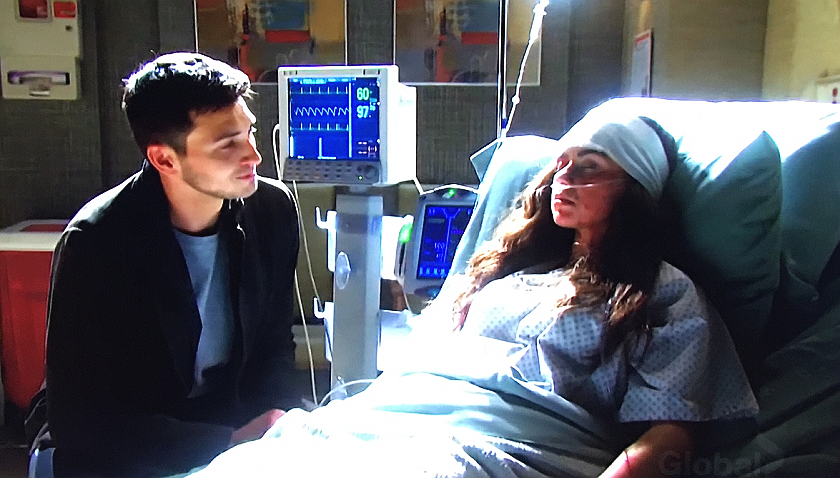 The Days Of Our Lives (DOOL) scoop hints Ben Weston (Robert Scott Wilson) will try his best to get through to his amnesiac wife.

Viewers know that after a heartbreaking six months, a grieving Ben finally found out his true love was alive. But first he had to rescue her. When he finally found Ciara, she was choking on gas fumes. Even Frears (Brock Kelly) had locked her up in a room and broken the exhaust pipe.

After a horrible explosion, Ben dug through the rubble for his wife. When he finally found her, he held an unconscious Ciara in his arms and told her he loved her and was there for her.

When Ciara finally woke up in hospital, she began acting strangely. She lashed out at a stunned Claire Brady (Isabel Durant), calling her the b**ch that slept with her boyfriend Tripp Dalton (Lucas Adams).

Even worse, when Ben went into her hospital room to see her, a terrified Ciara cowered away from him. She called him the Necktie Killer, asked him how he escaped Bayview, and told him to get away from her. She even asked if she was his next victim.

He tried to explain to her that they were in love but she wouldn’t let him continue. “Monster!” she shouted at Ben, just as Kayla Brady (Mary Beth Evans) entered the room. After Ben left, Ciara implored Kayla to keep the monster away from her.

Next week, Ben will hold out hope that he’ll be able to get through to his wife. Will he bring her photos of their wedding to help remind her of their love?

“She’s got to remember me,” he told Kayla. “She has to.” But can Ben somehow jog Ciara’s memory?