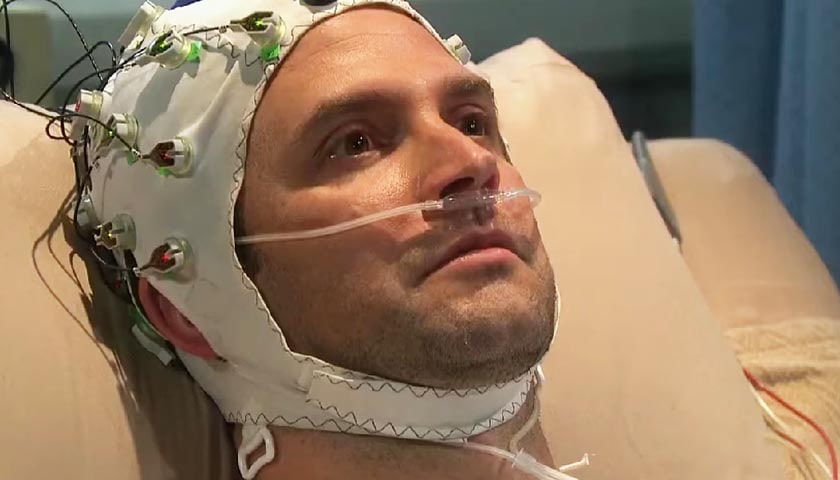 The Days Of Our Lives (DOOL) scoop hints Stefan DiMera (Brandon Barash) will wake up with one woman on his mind.

Also coming up this week, Nicole Walker (Arienne Zucker) will get a shock. Plus, Alex DiMera (Robert Scott Wilson) will meet the woman of his dreams. And Paulina Price (Jackee Harry) will apologize.

DOOL spoilers tease Stephanie Johnson (Abigail Klein), will provide a sounding board for Chad DiMera (Billy Flynn). Then later in the week, she’ll have an awkward encounter with Alex in Horton Square. They’ll literally bump into each other and Alex will fall to the ground, with stars in his eyes. “I met the woman of my dreams,” he tells someone in the DOOL weekly preview.

DOOL Weekly Scoop – Nicole Asks If They Slept Together

Over with Nicole, who will show up at Eric Brady’s (Greg Vaughan) door, only to be greeted by a half-naked Jada Hunter (Elia Cantu). “You two slept together,” she’ll say to Jada. “We did,” Jada will reply, grinning from ear to ear. And Nicole will not look happy. 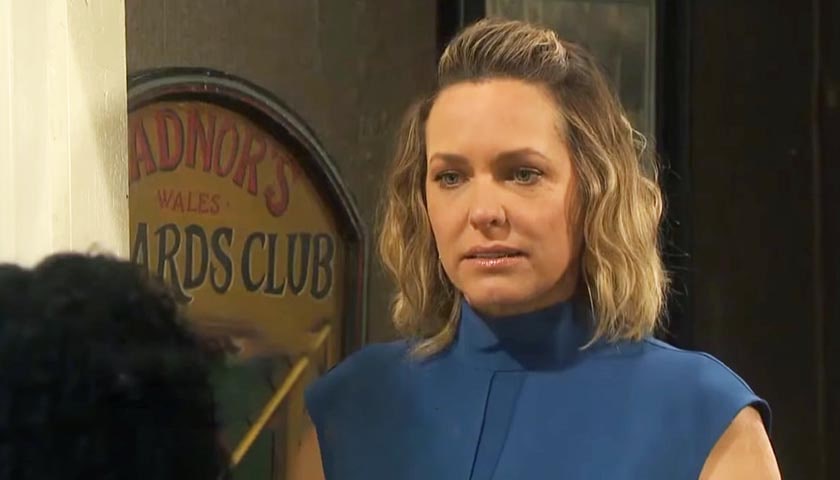 Meanwhile, when Chanel Dupree (Raven Bowens) started dating Allie Horton (Lindsay Arnold), Paulina made it her business to interfere in the relationship. But now she’s seen how happy Chanel is and she’ll apologize to Allie.

Over with Gabi Hernandez (Camila Banus), who will suspect Li Shin (Remington Hoffman) is up to something, when she sees him with Dr. Rolf (Richard Wharton). But how is Li going to explain his involvement? Will he come up with a lie to cover what he’s been up to?

Finally, Stefan will awaken and will immediately demand to see his spouse. “I need to get home to my wife!” he’ll shout at Rolf. But will Stefan be asking for Gabi? If so, he has no idea two years have passed and his wife has moved on, several times. So, how is Rolf going to answer his patient?

At any rate, it looks like a great week is coming up! Keep reading The Soap Scoop for more Days Of Our Lives spoilers and news. And make sure you join our free Facebook Group.