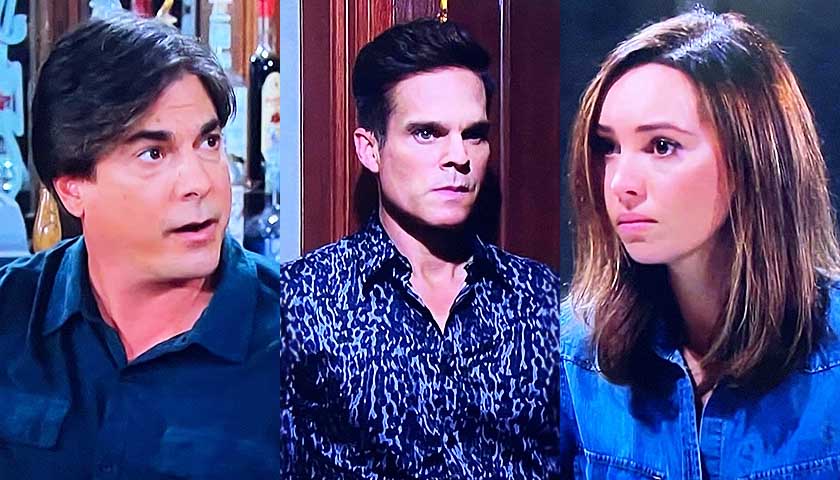 The Days Of Our Lives (DOOL) scoop hints there will be three main suspects in the murder of Abigail DiMera (Marci Miller).

On Monday, viewers watched as a heartbroken Chad DiMera (Billy Flynn) wept over his wife’s dead body. He’d found her only moments earlier in their bedroom at the DiMera mansion, limp and covered in blood.

But who could have committed such a heinous crime? At the moment, there seem to be three main suspects: Lucas Horton (Bryan Dattilo), Gwen Rizczech (Emily O’Brien) and Leo Stark (Greg Rikaart).

We’ll start with the most obvious culprit, Leo. Before the murder, he was hiding in Chad and Abby’s bathroom, with a knife. Not to mention, Gwen had just called him from prison, egging him on to do something to her sister. 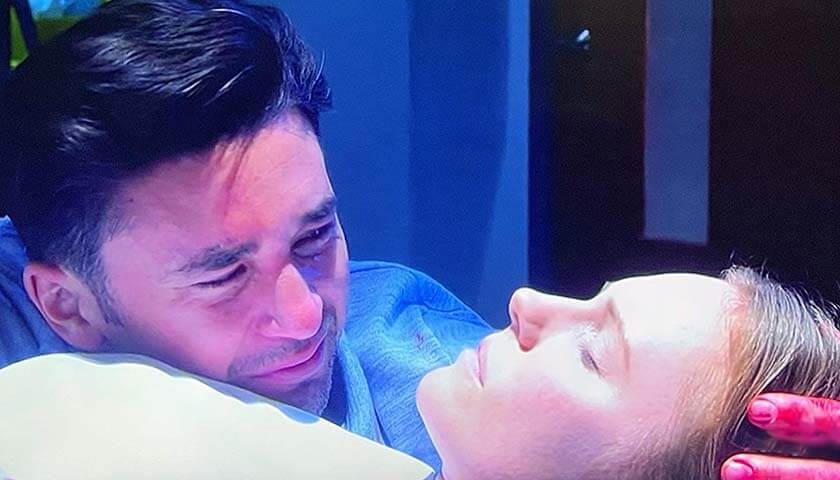 After he hung up his phone, Leo proceeded to take a secret entrance into the DiMera mansion. And when he saw the portrait of Stefano DiMera (the late Joseph Mascolo), he asked it for advice. “What do I do about Abigail?” he said aloud. “Or to her?”

Of course, then there’s Gwen herself. She despises Abigail with the intensity of a million white hot suns. But there’s one big issue that would have prevented her from doing the deed herself, she’s locked away in prison. However, could she have slipped away somehow?

Last but not least, Lucas just found out that Abigail learned he set-up EJ DiMera (Dan Feuerriegel) to take the fall in Sami Brady’s (Alison Sweeney) kidnapping, which he orchestrated himself. And he’ll wake up the day after the murder, realizing he blacked out and has no memories of the night before. But did he kill Abigail, or was it someone else?

So, what do you think? Who stabbed Abigail in cold blood and left her for dead? Vote in our poll below!