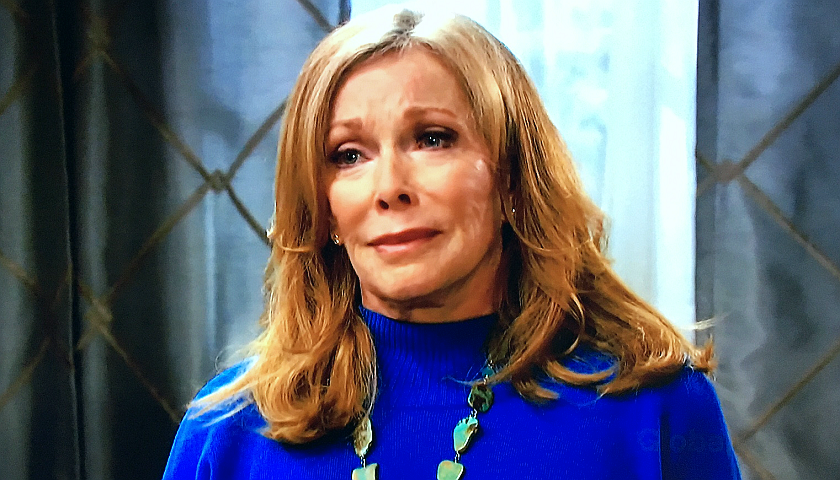 Jennifer Deveraux’s (Cady McClain) mom hadn’t been around since 2018. But she returned to Salem on February 1, immediately after the reveal that Gwen was Jack Deveraux’s (Matthew Ashford) daughter.

Laura explained to Jenn and Abigail DiMera (Marci Miller) that when she found out Jack had fathered a child with Gwen’s mom Tiffany, she drove her out of town. Of course, she also did it to make amends to Jennifer for sleeping with Jack back in the day.

It was understandable that Gwen was furious with Laura and wanted to confront her. She called her “the monster who sold my future out from under me.” But longtime DOOL viewers were stunned as they watched Gwen accidentally kill the woman who had ruined her life.

“I cannot believe you had that awful character Gwen kill the legacy character of Laura,” one fan posted on Twitter. “Wow.”

“She and Julie are the last of the originals I watched since the 70s…really mad at this story line,” another viewer commented. “Dr. Rolf best be bringing her back.”

Laura was originated by actress Floy Dean in 1966. But when Susan Flannery (who later portrayed Bold And The Beautiful’s Stephanie Forrester) took over the role that same year, she made it her own. Flannery played Laura for nine years. Bauer, another excellent casting choice, portrayed the character from 1993 until her untimely demise this week.

So, what do you think? Was killing off a DOOL legacy character like Laura a mistake or was it her time to go? Vote in our poll below.