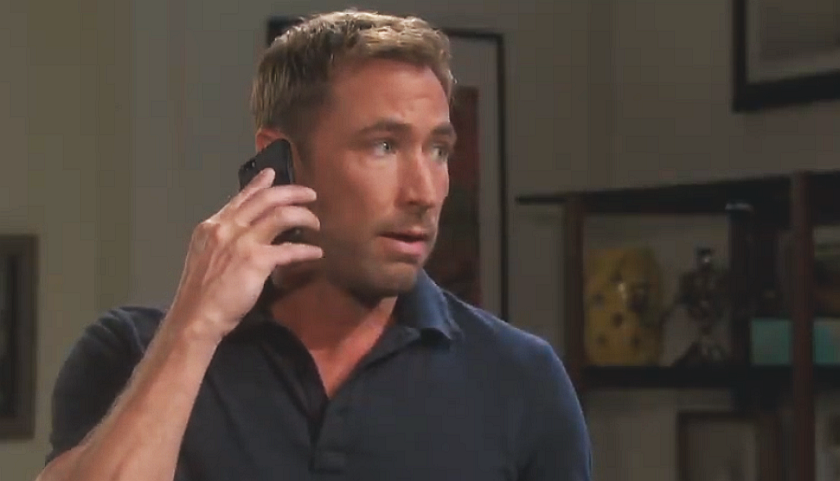 The Days Of Our Lives (DOOL) scoop hints Kyle Lowder, who plays Rex Brady, will return to the sudser during the week of March 8.

Viewers last saw Rex in May 2020, when he ran into Sarah Horton (Linsey Godfrey) in Paris. Sarah went on the run with Kristen DiMera (Stacy Haiduk) and Brady Black’s (Eric Marsolf) daughter Rachel, after she found out her own baby had died and Rachel wasn’t hers.

After a phone call with his mother, Rex realized Sarah had kidnapped the tot and he confronted her. He told her he knew the truth and then tried to appeal to her to return the child.

But Sarah wasn’t having it. She walloped her ex, tethered him to a chair, gagged him and left him in her hotel room. However, Kristen was onto Sarah and she freed him from his bonds.

This time around, Rex will interrupt Sarah’s bachelorette party. He’ll try his best to convince Sarah not to marry Xander Cook (Paul Telfer). Rex despises the man and fought with him in the past. And he’ll be stunned that his ex would even consider marrying someone who switched her deceased child with someone else’s.

Lowder is an Emmy nominated soap veteran who got his start playing Brady Black on DOOL in 2000. He began portraying Rick Forrester on the Bold And The Beautiful (B&B) in 2007, a role he held until 2011.

The actor has also starred in two miniseries – Ladies Of Of The Lake and Ladies Of The Lake: Return To Avalon. Most recently, he completed work on the upcoming film The Ravine.

It’s been reported that Rex will only be in Salem for a short stint, and he’s sure to cause trouble for Xarah! But will he be able to convince Sarah not to marry Xander?