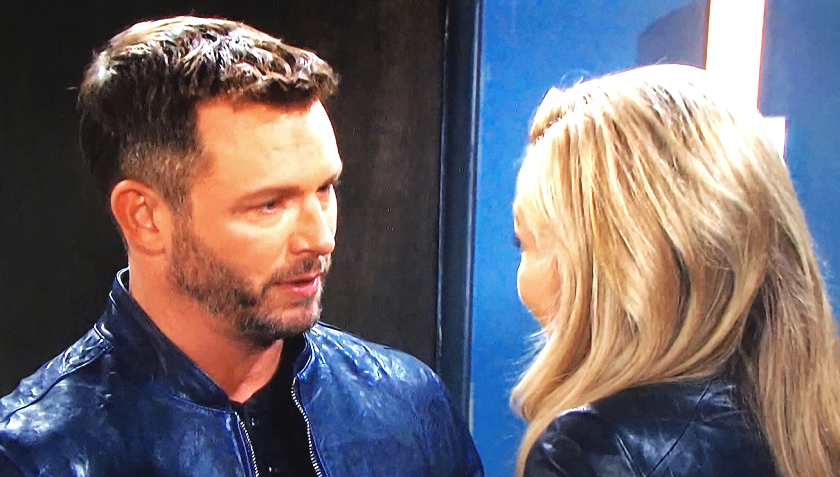 The Days Of Our Lives (DOOL) scoop for Monday, April 27 hints Gabi Hernandez (Camila Banus) will confide in Will Horton (Chandler Massey).

Also coming up, Brady Black (Eric Martsolf) will go to extremes to protect Kristen DiMera (Stacy Haiduk) and Ben Weston (Robert Scott Wilson) will still be reeling from seeing a man whose resemblance to his old boss is uncanny.

Gabi isn’t sure if she’s losing her mind or if she really saw what she thinks she saw. Reflected in a store window, she was sure she saw Stefan DiMera (Brandon Barash). She even closed her eyes and said his name out loud. But when she turned around, no one was there.

After she triumphantly told Abi DiMera (Kate Mansi) and Chad DiMera (Billy Flynn) that she was suing DiMera Industries, Gabi headed to the Salem Cemetery with flowers for Stefan. “I just wish baby, that you were here to share this joy with me about ruining those two snakes,” she told him on Friday. “I’m doing this for the both of us Stefan.”

On Monday, Gabi will confide in her former boyfriend Will. She’ll tell him about seeing the reflection of Stefan in the store window. It’s likely that Will is going to say she obviously still misses her late husband and seeing his face must have been some kind of trick of the light. But he’ll assure her she’s not going crazy.

Over with Brady, who will try to cover up evidence implicating Kristen in the attack on Victor Kiriakis (John Aniston). Spoilers tease he will return to the mansion and put his own fingerprints on the knife Kristen used to stab Victor. But will Lani Price (Sal Stowers) be on to him?

Finally, Ben will still be in shock, after seeing Stefan’s doppelganger at the car repair shop. The look-a-like will introduce himself as Jake. And Ben will wonder if he’s seeing a ghost.