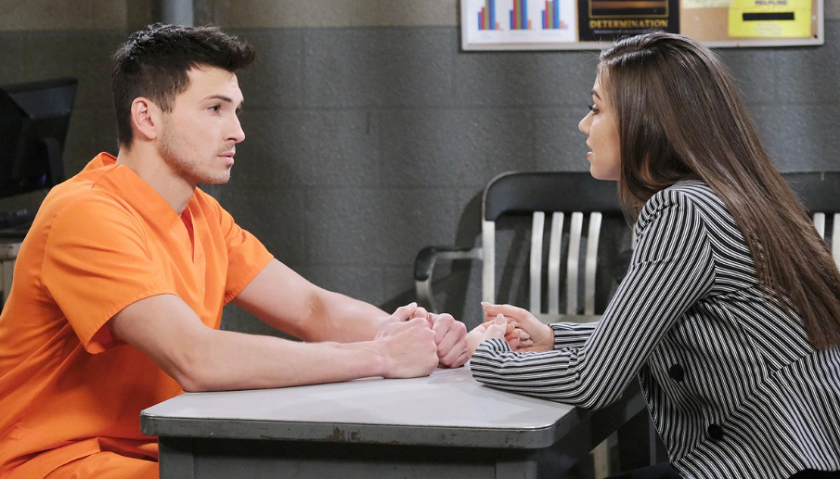 As viewers know, Ben is facing the death penalty. He was found guilty for killing his sister Jordan Ridgeway (Chrishell Stause). He and Ciara need to uncover who really did away with Jordan, or Ben could end up losing his life.

When Ben finds out from Ciara that Victor Kiriakis (John Aniston) has suffered a stroke, he’ll wonder if he’ll ever have a chance to find out who was responsible for what happened to Jordan.

Also coming up, Justin Kiriakis (Wally Kurt) will confront Victor in his hospital bed. He will urge Victor to do the right thing and come clean about Ben before it’s too late.

Princess Gina (Kristian Alfonso) will also find herself in the hot seat on Friday. She will face some tough questions from John Black (Drake Hogestyn).

He’s had his suspicions about her for quite some time and will demand to know why she’s been talking to Steve Johnson (Stephen Nichols). Of course John will think he’s talking to Hope. He has no no idea that Hope has been living as Princess Gina for more than a year.

But what will Gina do to get herself out of John’s fierce line of questioning? She better be ready to make up some doozies to convince him she’s telling the truth about Steve.

Other spoilers tease that Steve will be gathering his troops for battle, starting with his kids. Chad DiMera (Billy Flynn) will do just about anything Steve asks him to, so he won’t be too worried about him.

Now Kristen DiMera (Stacy Haiduk), on the other hand, is a whole other kettle of fish. He’ll need her on his side too, so he will set up an experiment to test her allegiance to him. But will Kristen pass?

At any rate, it looks like fans will be in store for another must-see episode. Keep reading The Soap Scoop for more Days Of Our Lives spoilers and news.