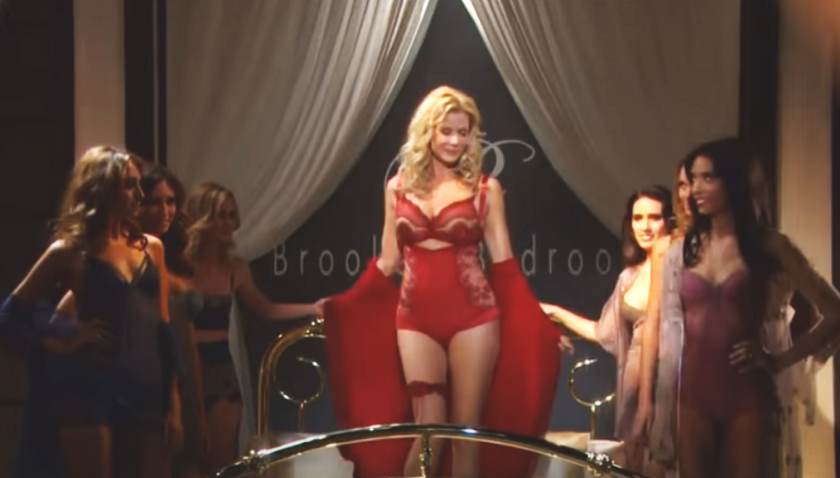 The Bold And The Beautiful (B&B) weekly scoop hints fans are in store for a week of episodes featuring Brooke Logan (Katherine Kelly Lang).

As many viewers are aware, B&B has run out of original episodes to air. This is due to a halt in production because of the COVID-19 pandemic. But that doesn’t mean CBS is going to leave fans in the lurch.  B&B has been airing episodes based on weekly themes.

Coming up during this tribute theme week is the 1998 launch of Brooke’s Bedroom, the 5000th episode that aired in 2007 and Brooke and Eric Forrester’s (John McCook) desert oasis honeymoon that took place in 1991. Viewers will also see other classic Brooke moments during this week that will showcase this original cast member.

On Monday, Brooke and Eric’s January 9, 1991 honeymoon will be highlighted. Eric surprised his new bride with a romantic getaway after their beautiful hot air balloon ride. The couple celebrated their marriage in a desert oasis with champagne and passion.

Bold And The Beautiful Blast From The Past: Ridge Proposes To Taylor On The Runway #BoldandBeautiful #BoldandtheBeautiful #Tridge #Bridgehttps://t.co/Yz6NGa8TKW

Then, the shocking launch of Brooke’s Bedroom will be shown on Tuesday. This episode, which originally aired on December 11, 1998, highlights Brooke lying on a bed in the Forrester showroom, wearing sexy lingerie in front of the press. Viewers will also see the stunned look on Taylor Hayes’ (Hunter Tylo) face, as she watches the performance from home.

On Wednesday, B&B will run its special 5000th episode, which included the four remaining original cast members at the time. Brooke, Ridge Forrester (Ron Moss), Stephanie Forrester (Susan Flannery) and Eric were at Big Bear cabin, reminiscing about their lives through flashbacks. Then on Thursday, the B&B will air the July 7, 2006 episode when Brooke married Nick Marone (Jack Wagner) and the couple sailed away on his boat at sunset.

Finally on Friday, we’ll see Brooke and Ridge’s romantic reunion when Ridge returned from Paris with a new attitude, and a new face, as Thorsten Kaye took over the role. Brooke thought she was dreaming as Ridge walked toward her holding a rose, in this December 19, 2013 episode.

This week looks to be a vast improvement over last week’s fashion theme, which only highlighted one real classic episode. We at The Soap Scoop are hoping fans will soon see tribute weeks to the original Sally Spectra (the late Darlene Conley), Forrester patriarch Eric and the one and only Forrester matriarch Stephanie. We’ll keep you posted.