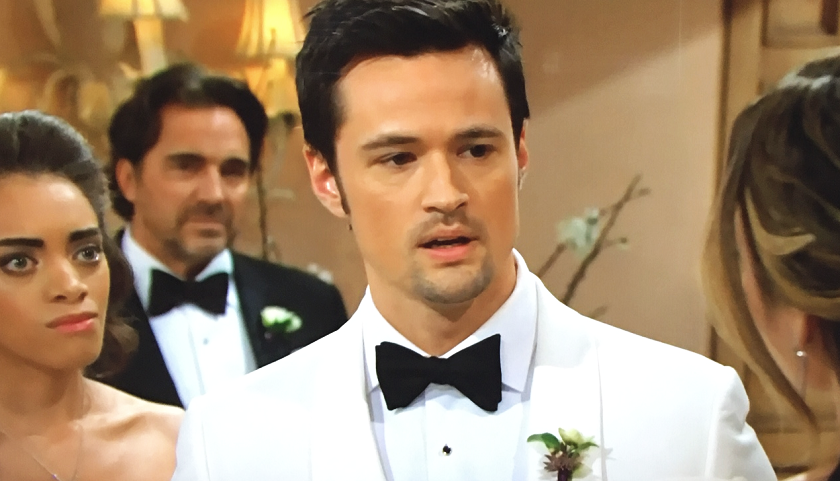 The Bold And The Beautiful (B&B) scoop for the week of July 6 teases episodes featuring classic confrontations. The week includes Bridget Forrester (Jennifer Finnegan) facing off with her mother about her affair with Deacon Sharpe (Sean Kanan).

As many viewers are aware, B&B has run out of original episodes. This is due to a halt in production because of the COVID-19 pandemic. But that doesn’t mean CBS is going to leave fans in the lurch. B&B has been airing episodes based on weekly themes. The good news is, filming has begun again and new episodes could be back sometime this month.

In an episode that first aired on January 6, 2003, father and son compete in a Forrester Creations and Spectra Fashions showdown on Monday. This episode was filmed on location in the gorgeous city of Portofino, Italy. It included Brooke Forrester (Katherine Kelly Lang) sailing towards the event on the Ligurian Sea, wearing the Forrester showstopper gown. This episode was originally scheduled to re-air on June 9, but had been preempted due to news coverage.

On Tuesday, Deacon gets into a confrontation with Whip Jones (Rick Hearst) about Brooke’s unborn child. Deacon was the father but Whip insisted that in order to protect Bridget, they must pretend Whip is the dad. This episode first aired on June 14, 2002.

On Wednesday, Bridget confronts her mother about her scandalous affair with her husband Deacon. In this episode that first aired on June 28, 2002, Stephanie (Susan Flannery) defended Bridget at Big Bear cabin. And as Stephanie told Brooke she wouldn’t let her ruin Bridget’s life, Brooke went into labor.

Douglas Forrester (Henry Joseph Samiri) had an epic meltdown at his father’s wedding on Thursday. In this episode that aired on March 12, 2020, Thomas Forrester (Matthew Atkinson) was about to marry Zoe Buckingham (Kiara Barnes). Douglas freaked out and ran out of the room, with Hope Logan (Annika Noelle) hot on his heels. She then appeared on the landing wearing the wedding dress Thomas had designed for her.

Finally on Friday, viewers will see the episode that aired the next day (March 13, 2020). Thomas admitted that his romance with Zoe was all a ruse to get to Hope. But instead of embracing him, Hope confronted him about all the lies he’d told. With his whole family against him, he ended up fleeing.

Thursday and Friday’s shows include some great drama, but are how are they considered classics? With 33 years worth of episodes to choose from, couldn’t B&B producers find two conflicts that aired more than four months ago?

Why not give fans confrontations worth tuning in for, like Sheila Carter (Kimberlin Brown) versus Quinn Forrester (Rena Sofer), circa 2017? Or Stephanie versus Jackie Marone (Lesley-Ann Down) in 2006? Keep reading The Soap Scoop for more updates on the Bold And The Beautiful, as well as other spoilers and news. And make sure you join our free Facebook Group.