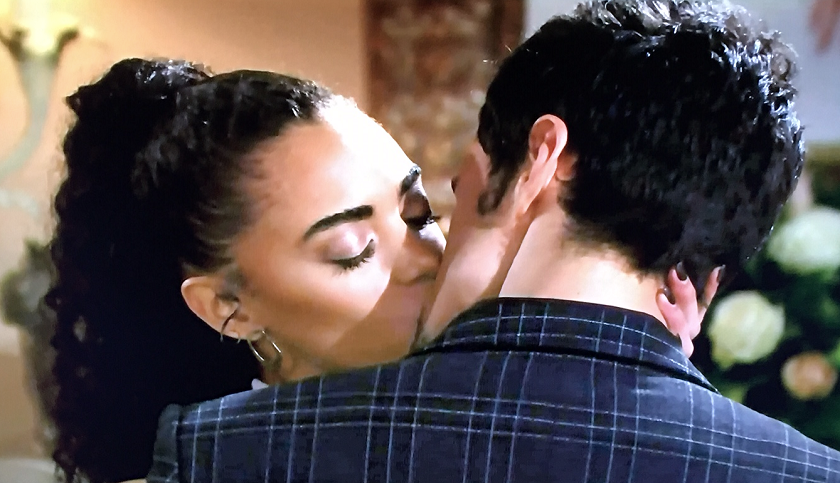 Rumor has it, Thomas will throw Zoe an over-the-top birthday party at the Forrester mansion and lavish her with affection. He’ll also give her an incredible gift. With his friends and family present, he will take the opportunity to bend a knee and present her with an engagement ring.

Hope Logan (Annika Noelle) will attend the birthday bash and will stunned by the turn of events. Zoe and Thomas have only been dating for a few months. And previous to this, Thomas had been completely obsessed with Hope.

Bold And The Beautiful Spoilers – Vincent Walker Will Not Be Impressed

Another person who won’t be thrilled by Thomas’ actions is his buddy Vincent Walker (Jo LoCicero). He knows the whole proposal is just part of the Forrester designer’s grand scheme to make Hope jealous. Vinny will reprimand Thomas, as he knows Zoe will be devastated when Thomas’ manipulations are eventually revealed.

Other spoilers suggest Thomas will once again use his son Douglas Forrester (Henry Joseph Samiri) as a tool in his plan. He will ask Douglas to start referring to Zoe as “Mommy Zoe”. This will be sure to upset Hope, as she shares custody of Douglas with Thomas and considers herself the boy’s mother.

Ridge Forrester (Thorsten Kaye), who is seemingly blind to his son’s villainous ways, will rejoice. He already believes Thomas’ obsession with Hope is over. And seeing him engaged to Zoe, he’ll be sure his son has moved on.

Viewers can also expect Ridge to express his opinion on the engagement to Brooke Forrester (Katherine Kelly Lang), who will believe Thomas is just putting on a show for everyone. And of course, she’s right.

With February sweeps spoilers stating that a proposal of marriage will be made, will we see Thomas propose to Zoe? And will she say yes?