In addition, Taylor Hayes (Krista Allen) and Ridge Forrester’s (Thorsten Kaye) plane ride will get emotional. And Finn (Tanner Novlan) refuses to give up and will infuriate Sheila Carter (Kimberlin Brown) even further.

B&B spoilers tease Sheila will be alarmed by how quickly Finn is gaining his strength back. She had been hoping he would spend more much time lying in that bed, appreciating everything she was doing for him.

B&B Daily Scoop – Taylor Will Bring Up His Personal Life

However, as far as Sheila is concerned, Finn’s reaction has been anything but appreciative. Instead, he’s fought her at every turn. And he’ll make another big push for his freedom on Wednesday when he tries to overpower his birth mother. But will he succeed? 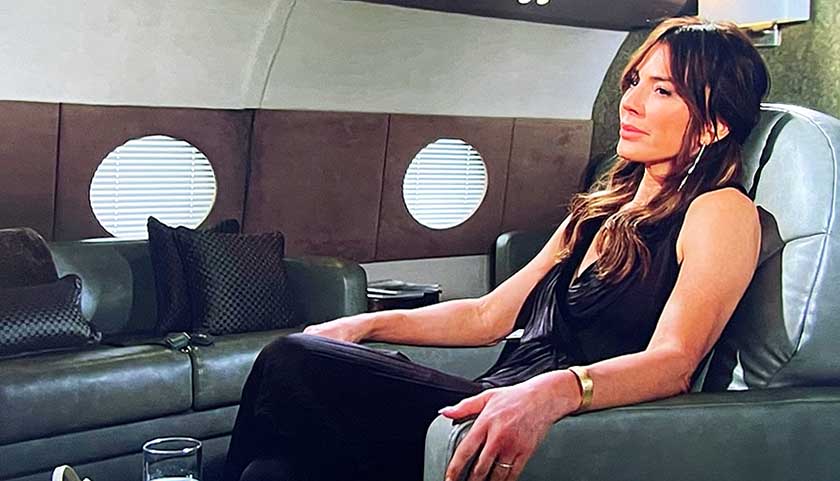 Meanwhile, Ridge and Taylor boarded the Forrester jet on Tuesday, bound for Monte Carlo. Tridge knows Steffy Forrester (Jacqueline MacInnes Wood) needs them both like never before. She’s in a depression rehab facility and her parents want to help her deal with her overwhelming grief.

But the exes have a long flight ahead of them, with hours to kill. So, no doubt, Taylor’s going to bring up Ridge’s reunion with Brooke Forrester (Katherine Kelly Lang). And things will get tense when she tells Ridge once again that he’s going to regret his decision.

Finally, Liam was shocked when he recognized the stranger in Bill’s home. He told his father she was Steffy’s mother-in-law. And the more they talked about Steffy and Finn, the more Li remembered what happened to her.

“Sheila, Sheila, Sheila,” she said to them on Tuesday. “My son Finn.” Liam told her it was a tragedy that Finn is gone. But when she insisted Finn wasn’t dead, Liam and Bill gave each other a look. On Wednesday, Li will attempt to convince them she’s telling the truth. She’ll tell them she saved her son after he was pronounced dead. However, things took a turn when Sheila found them. But Bill and Liam believe her?

Bold And The Beautiful Scoop July 25 To 29: Finn Flies To Monte Carlo To Reunite With Steffy – Li Spreads The News That Her Son Is Alive #BoldandBeautiful #BoldandtheBeautiful #Sinn