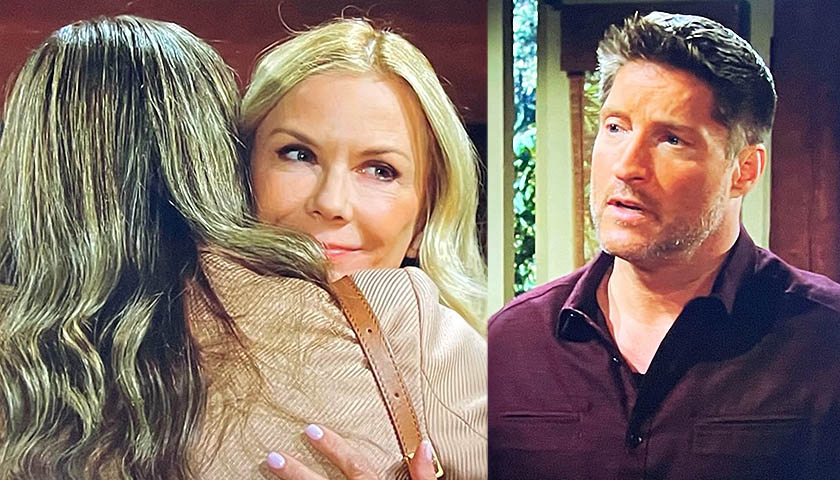 The Bold And The Beautiful (B&B) scoop for Wednesday, December 1 reveals Brooke Forrester (Katherine Kelly Lang) will find herself in a major predicament.

In addition, Carter Walton (Lawrence Saint Victor) will have a revelation about his romantic situation.

B&B spoilers tease a pensive Carter will engage in some self-scrutiny. He’ll recall his botched engagement to Zoe Buckingham (Kiara Barnes), and how hurt he was when he found out she was crushing on Zende Forrester (Delon de Metz).

Of course, Zoe’s betrayal led to Carter’s scandalous affair with Quinn Forrester (Rena Sofer). Which could have resulted in the loss of his best friend and his career at Forrester Creations. And Carter may realize, while contemplating his rather sad excuse for a love life, that he’s too quick to jump into relationships. He really should do more thinking with his head rather than his heart.

However, who is his head encouraging him to pursue? “It’s been really nice getting to know you on a different level. It’s been eye opening.,” he recently told Katie Logan (Heather Tom). “Just like you’re ready to move on, it’s time for me to move on too.” But does Carter want to move on romantically with his new friend? Or will he decide to take a break from romance for a while?

Meanwhile, Brooke has found herself at loggerheads with Ridge Forrester (Thorsten Kaye) when it comes to Deacon Sharpe (Sean Kanan). Her stance towards Deacon has softened considerably and she even defended him to Ridge on Tuesday when he tried to throw him out of the cabin.

Bold And The Beautiful Scoop – Ridge Stormed Out Of The Cabin

“Ridge, stop please,” she told her husband. “This isn’t helping. Just leave him alone.” Deacon was surprised but he wasn’t the only one. Ridge was angry and tried to raise the alarm bell about Hope Spencer’s (Annika Noelle) father. However, when Brooke wouldn’t listen, Ridge stormed out of the cabin.

On Wednesday, Deacon will remind Brooke of their own past romance. He’ll tell her he hasn’t forgotten the connection they once had. And Deacon will ask Brooke if she feels the same way. But does she?