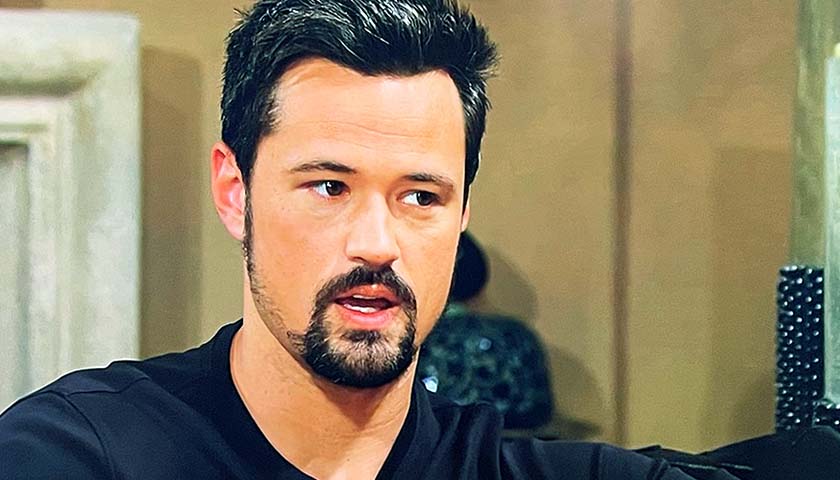 The Bold And The Beautiful (B&B) scoop for Tuesday, November 8 reveals Thomas Forrester (Matthew Atkinson) will need to rethink his strategy.

B&B spoilers tease after trying his best to woo Hope with his support and his compliments, Thomas will fall short once again. After they celebrated the success of the fashion show, Thomas finally made his big move. He put his hand on Hope’s face and leaned in for a kiss.

B&B Daily Scoop – Liam Considered Going To Get Her

But instead of kissing him back, which he clearly expected, she grabbed his hand and asked him to stop. “This isn’t going to happen, Thomas,” she said. On Tuesday, she’ll tearfully tell him she can’t be what he wants. “That’s the problem, you already are,” he replies in a B&B weekly promo. “I’m married, I love Liam,” Hope will tell him. 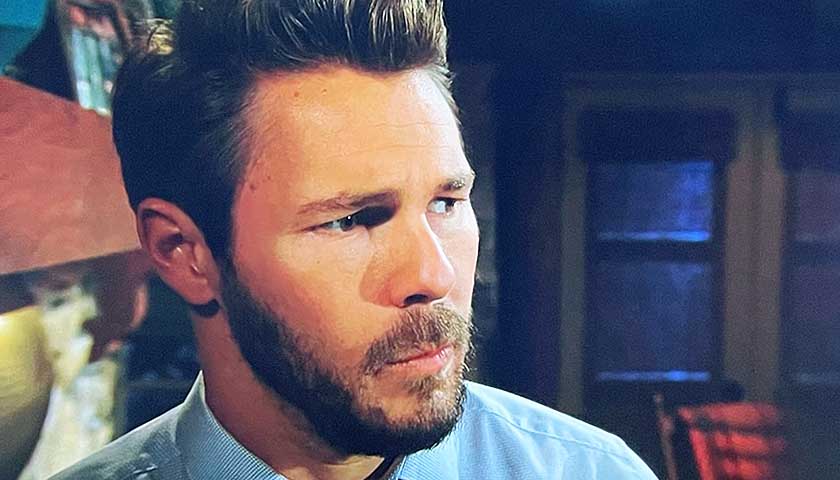 So, Thomas will be forced to change his game plan. However, it’s not like he wasn’t thinking ahead. It was clear that while Hope was speaking with her husband on the phone last week, Thomas was recording her voice. But will he use it to have Liam overhear something Hope didn’t actually say?

Meanwhile, Liam will be relieved when Hope finally returns home. It suddenly dawned on him, while he paced back and forth in the cabin, that he probably shouldn’t have just up and left his wife during such an important day in her career. He even grabbed his keys to leave, but realized he couldn’t go anywhere because his daughter was in the cabin.

Bold And The Beautiful Scoop – Hope Flustered By What Happened

Obviously, Hope will still be upset with her husband. She’ll also be flustered, because of what just happened with Thomas. But Liam likely won’t notice because he’ll be too absorbed in his own worries. Nevertheless, he’ll fall on his sword and apologize profusely.

However, Hope may not be so quick to pardon Liam. He just took off without any explanation when she needed his support the most. But will she remain bitter about his desertion?