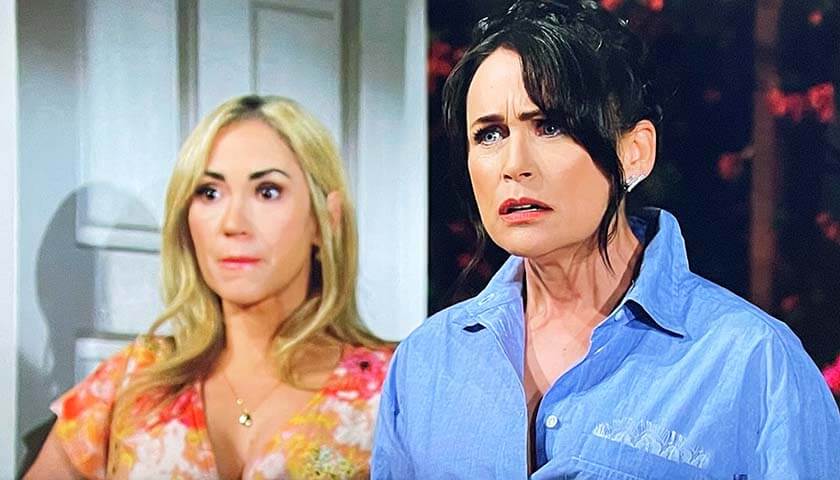 The Bold And The Beautiful (B&B) scoop for Tuesday, June 28 reveals Eric Forrester (John McCook) and Donna Logan (Jennifer Gareis) will get busted.

B&B spoilers tease Carter will remain resolute. Both Quinn and Ridge Forrester (Thorsten Kaye) tried to talk him out of marrying a woman he doesn’t love. But he’ll go ahead with the wedding anyway.

Guests will start arriving, including Bill Spencer (Don Diamont), Hope Spencer (Annika Noelle) and Zende Forrester (Delon de Metz). And despite their objections to the match, both Ridge and Grace Buckingham (Cassandra Creech) will be there as well. Charlie Webber (Dick Christie) will officiate and he’ll begin the ceremony. 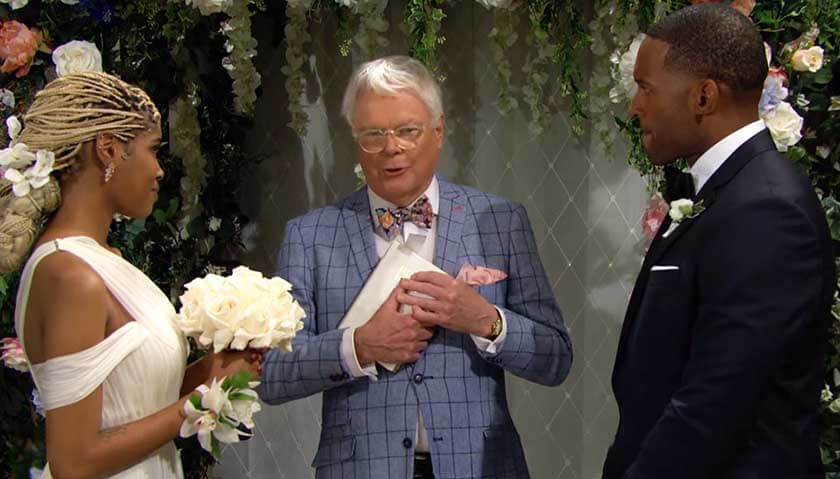 Meanwhile, Bridget and Quinn could hardly believe their eyes when they opened the door to bungalow 24 and saw Eric lying in bed. “Why are you in bed, what’s going on?” Quinn asked him on Monday. Then Donna pulled the sheet down from over her head and revealed herself.

On Tuesday, a highly agitated and furious Quinn will get ready to pounce. She’ll be stunned that Eric is cheating on her and she’ll decide to take it out on Donna. She’ll jump onto the bed and start shaking her. However, Donna is Bridget’s aunt and she’s not about to let Quinn assault her. So, she’ll pull Quinn off Donna.

Things will settle down a bit and a relieved Donna will get dressed and make a quick exit. Bridget will go with her to give Eric and Quinn some time to talk things out. B&B spoilers show Eric will inform his wife he wants to be with Donna and will be filing for divorce.

Of course, Quinn will be devastated. She’s just lost her husband and the other man she loves is marrying another woman. But Eric will tell her he knows she still loves Carter. And he’ll encourage her to stop him from marrying Paris. However, will Quinn take Eric’s advice?