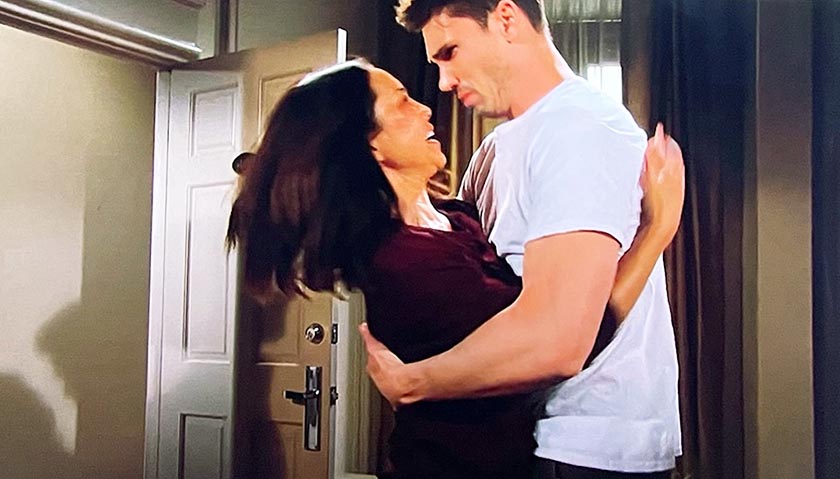 B&B spoilers tease Bill will call Liam and inform him Li Finnegan (Naomi Matsuda) was telling the truth – her son made it. After he calls Deputy Chief Baker (Dan Martin), Liam will rush home and stun his wife with the news. “Finn’s alive?!” she’ll respond.

As for Sheila, she’ll go into panic mode. Bill, Li and Finn will stare her down and she won’t be sure how she’s going to get out of this one. But once she hears sirens approaching, Sheila will go for broke. 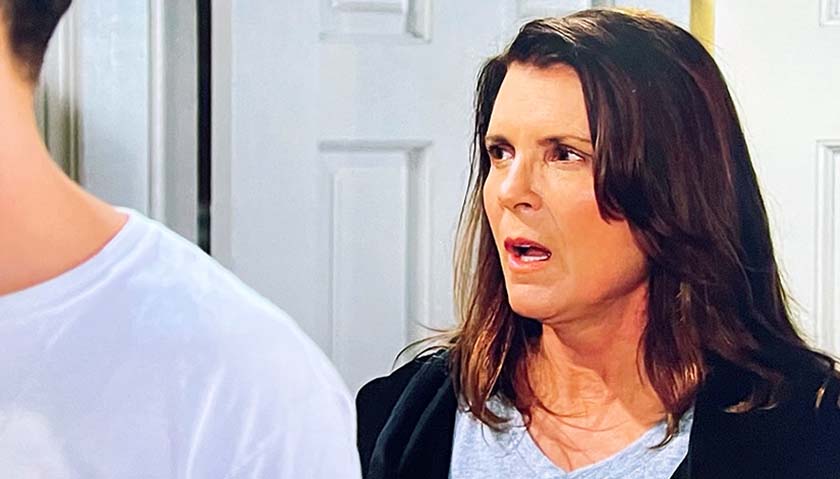 She’ll pull out her trusty gun, the same one she pulled on Steffy Forrester (Jacqueline MacInnes Wood), and will get the heck out of dodge. Then she’ll show up at Deacon’s door. Obviously, he’ll be none too happy when she forces her way into his apartment. But will he call the cops?

Meanwhile, Finn will still be stunned that Li Finnegan (Naomi Matsuda) is alive. He’ll tell her he believed he was never going to see her again because Sheila told him she was dead.

An overjoyed Li will tell her son she managed to escape the burning wreckage of her vehicle. She swam to shore and passed out in an alleyway behind a seafood restaurant. But luckily, Bill found her and brought her to his house.

Finally, Finn will tell Li and Bill he’s desperate to see his wife and son. Bill will tell him they’re in Monaco. Then he’ll tell Finn to come to his house so he can clean up and get changed. And he’ll offer him the use of his jet to fly to Monte Carlo to be with Steffy Forrester (Jacqueline MacInnes Wood).

Bold And The Beautiful Scoop Wednesday, July 27: Li Tries To Convince Bill And Liam Her Son Is Alive – Taylor And Ridge's Plane Ride Gets A Little Tense #BoldandBeautiful #BoldandtheBeautiful https://t.co/NgCwg92wkP