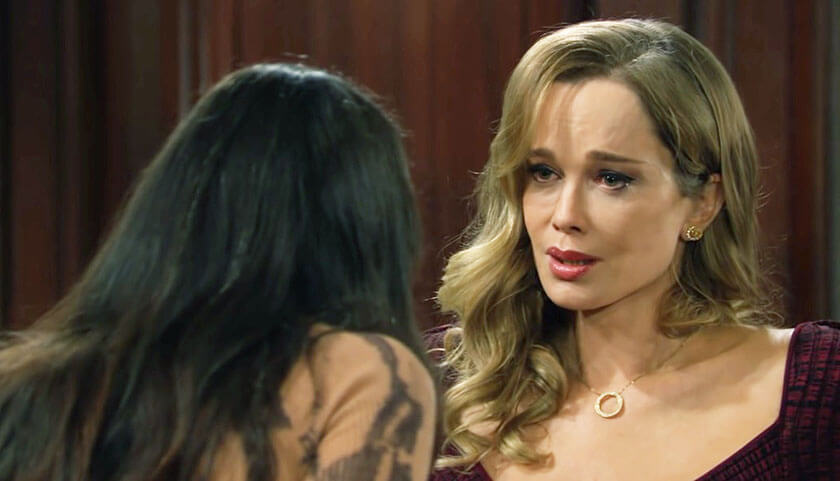 In addition, Finn (Tanner Novlan) will strike back at Sheila Carter (Kimberlin Brown).

B&B spoilers tease Sheila will be stunned when she realizes Finn isn’t just going to lie back and take it anymore. In fact, he’ll do the exact opposite when he fights back against his birth mother.

On Monday, Finn seemed to channel his adoptive mother, when he told Sheila he needed medication. “Please mom?” he asked her. Of course, we all know how playing a trick on Sheila worked out for Li Finnegan (Naomi Matsuda)! Regardless, he convinced his birth mother to leave so he could escape. 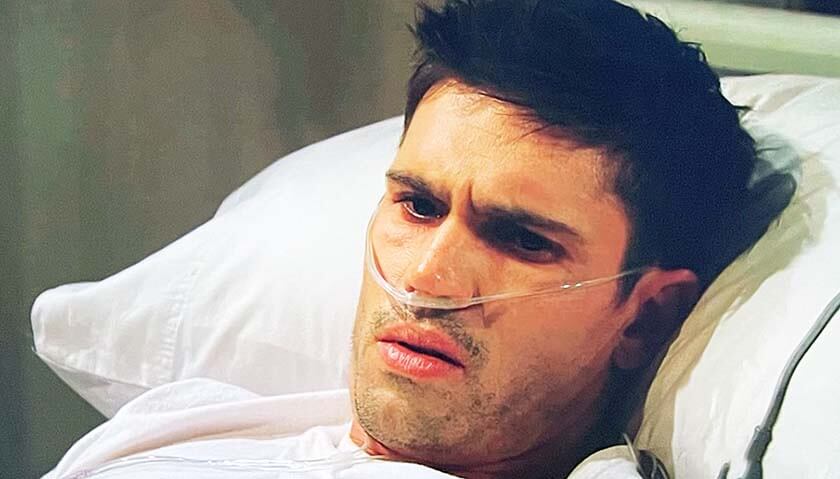 However,  it didn’t exactly work out too well for Finn either. Before he even had a chance to get out of bed, Sheila returned and then her sidekick Mike Guthrie (Ken Hanes) showed up. And that was the end of Finn’s escape prospects, at least for the time being.

So on Wednesday, he’ll start to get angry. He wants to see his wife and son, yet he’s being held prisoner. Finn will repeat that he needs to see Steffy Forrester (Jacqueline MacInnes Wood), so Sheila needs to let him go. But she’ll tell him he’s not leaving that room.

Bold And The Beautiful Scoop – Donna Had Better Tread Carefully

Meanwhile, Donna may regret accepting her old job back at Forrester Creations. At first, she’ll be thrilled to be back on reception, especially after Pamela Douglas (Alley Mills) welcomes her back with open arms.

But then Donna will encounter Quinn. And it won’t be pleasant. Quinn will say she’s not about to forgive and forget that Donna was sleeping with Eric Forrester (John McCook). She’ll tell the Logan sister she better tread carefully, because she’s going to be watching her every move.

This #BoldandBeautiful couple is as sweet as honey! 😉 Reply with 🍯🐻 if you love these two together. 💙 pic.twitter.com/9hN1Mph6j1