Bold And The Beautiful (B&B) will highlight some of the celebrities who have appeared on the soap during its 33 year run this week. Fans seem to be appreciative of the inclusion of Betty White, Bob Barker, Usher, Gina Rodriguez and Kiké Hernandez however, many were disappointed by some exclusions. Here is a list of other stars who could have been featured during Bold And The Beautiful’s (B&B) Celebrity Week.

Iconic comedian Phyllis Diller played Sally Spectra’s (Darlene Conley) wacky side-kick Gladys. She appeared on the show off and on from 1995 to 2005 and was a fan favorite. Diller was also featured on the B&B’s 25th anniversary episode, alongside Eric and Stephanie Forrester (Susan Flannery), in 2012. 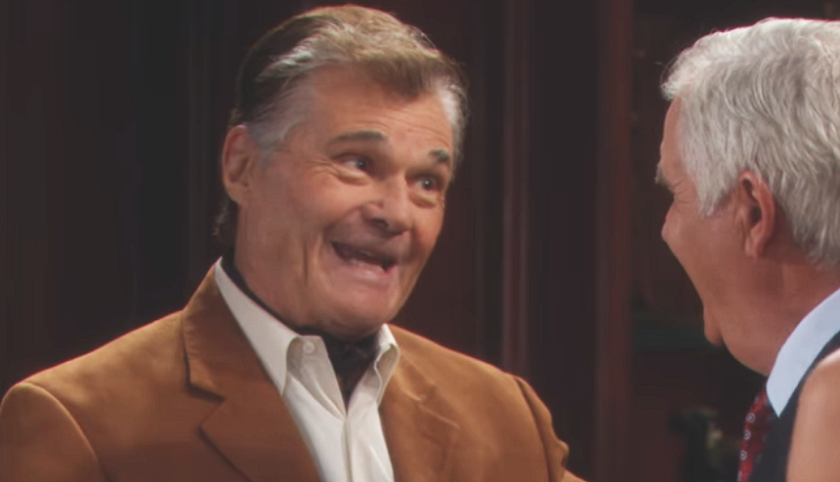 Comedian Fred Willard’s stint as Eric Forrester’s (John McCook) brother John Forrester on the B&B won him a Daytime Emmy Award for Outstanding Guest Performer. John, who was Ivy Forrester’s (Ashleigh Brewer) father, appeared on the show between 2014 and 2015. He was eccentric and quirky and doted on Pam Douglas (Alley Mills) a little too much for Charlie Webber’s (Dick Christie) liking. Willard passed away on May 15 and producers aired a touching tribute to him at the end of Friday’s episode.

The multi-talented Wayne Brady, who played Dr. Reese Buckingham from 2018 to 2019, told Hope Logan (Annika Noelle) and Liam Spencer (Scott Clifton) their baby had been stillborn. However, it was all just a ruse to protect his daughter Zoe Buckingham (Kiara Barnes) and pay off his gambling debts. The current host of Let’s Make A Deal, Brady won The Masked Singer reality show competition in 2019. 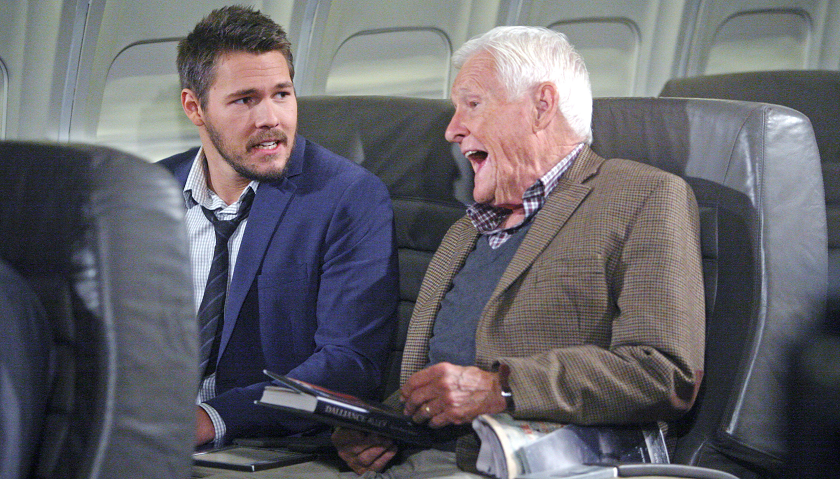 Orson Bean played Liam’s peevish seat-mate Howard, on his flight back to LA from Australia in January, 2016. During the flight, Howard had to put up with Liam going on and on about Steffy Forrester (Jacqueline MacInnes Wood) for hours. Bean guest-starred on The Twilight Zone, The Love Boat, The Facts Of Life, Murder, She Wrote, The Fall guy and many other television series. He also played Dr. Lester in the film Being John Malkovich. He was married to B&B actress Alley Mills and passed away on February 7.

5. Jim O’Heir And Monica Horan As Matt And Kieran 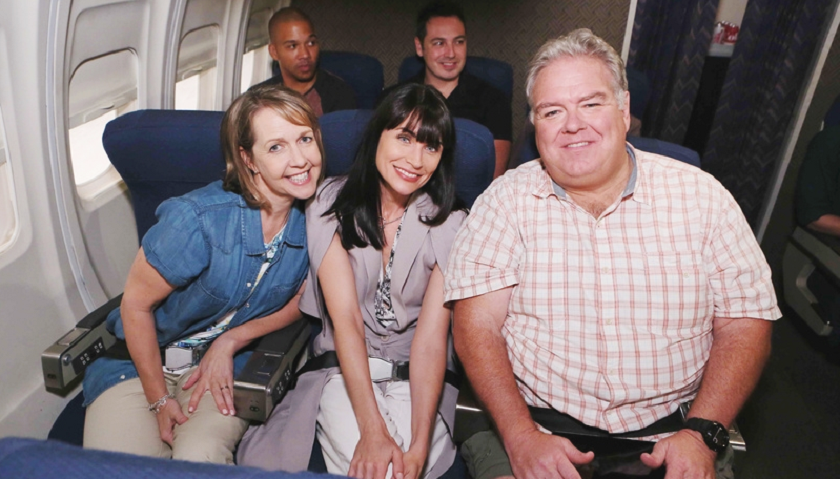 The duo of Jim O’Heir and Monica Horan have provided comic relief on the B&B over the past few years. During their first appearance in 2016, they annoyed Quinn Forrester (Rena Sofer), on a flight to Monte Carlo. Then the next year, the pair encountered Sally Spectra (Courtney Hope) on a plane on her way to Australia. They also advised Liam, as he waited to catch a helicopter to Catalina Island in January, 2019. O’Heir starred on Parks And Recreation and Horan played Amy on Everybody Loves Raymond.