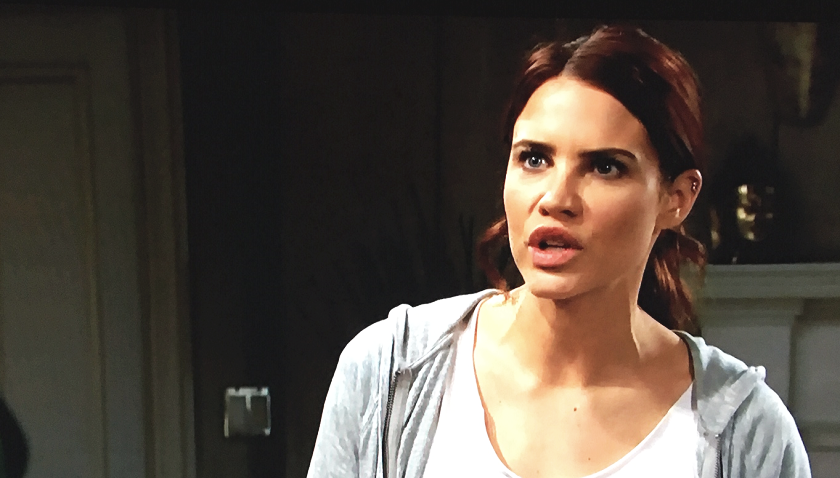 Bold And The Beautiful (B&B) fans just found out that Sally Spectra’s (Courtney Hope) fatal illness was all a massive scam.

On Friday’s episode, after she finally confessed to Wyatt Spencer (Darin Brooks) that she was dying, she got him to admit that he already knew. Then she milked it for all it was worth. Sally told him she wouldn’t stay with him out of pity and then pretended to leave. But she stumbled and almost fell by the doorway.

Wyatt begged her to stay, which, as it turns out, is exactly what she was counting on. As we reported in our March 20 spoilers, there had been fan speculation that Sally was faking her fatal illness. And it turns out those fans were right.

Wyatt promised Sally the world and told her he wanted to take care of her during this trying time in her life. After she agreed to stay with him, he tenderly brought her over to the couch and put a blanket on her.

Dr. Escobar (Monica Ruiz) then insisted that she wanted to speak with Sally, which was the reason she paid her a house call in the first place. Wyatt asked to stay, but Sally said she would prefer to speak to the doctor privately. Wyatt understood and he left.

Then Sally immediately jumped off the couch and shouted at the doctor. “What the hell do you think you are doing?!” But Dr. Escobar wasn’t putting up with it. “What am I doing? What are you doing?” she responded. “That man cares about you and you are playing with his feelings.”

Bold And The Beautiful Scoop – How Long Can Sally Spectra Keep Up The Act?

Sally responded by telling her to stop lecturing her. She also called her Penny, which sure makes it look like Dr. Escobar is not even a real doctor. Did Sally pay Penny to pretend to be a physician? And what a stroke of genius it was to bring Katie Logan (Heather Tom) along for the fatal diagnosis, knowing she’d blab it to Wyatt.