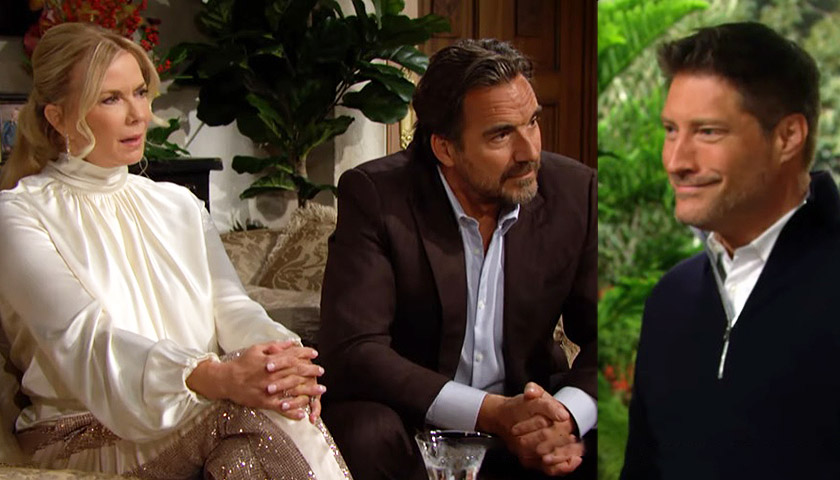 The Bold And The Beautiful (B&B) scoop for the week of November 22 reveals Deacon Sharpe (Sean Kanan) will crash Brooke Forrester (Katherine Kelly Lang) and Ridge Forrester’s (Thorsten Kaye) Thanksgiving get together.

Also coming up this week, Paris Buckingham (Diamond White) will lean on Carter Walton (Lawrence Saint Victor) for his friendship and advice. And Finn (Tanner Novlan) will put Jack Finnegan (Ted King) on blast. Plus, Sheila Carter (Kimberlin Brown) will complain about the Forrester family.

Viewers should note the B&B will air a repeat episode on Thanksgiving day and the show will also be preempted for college football on Friday, November 26. But new episodes will return on Monday, November 29.

B&B spoilers tease Paris will be shaken up after Thomas’ admission that he was falling for her. She reminded him she had a boyfriend, but that didn’t stop him. In fact, it almost seemed to encourage him. This week, she’ll tell Carter about what went down and ask for his advice. 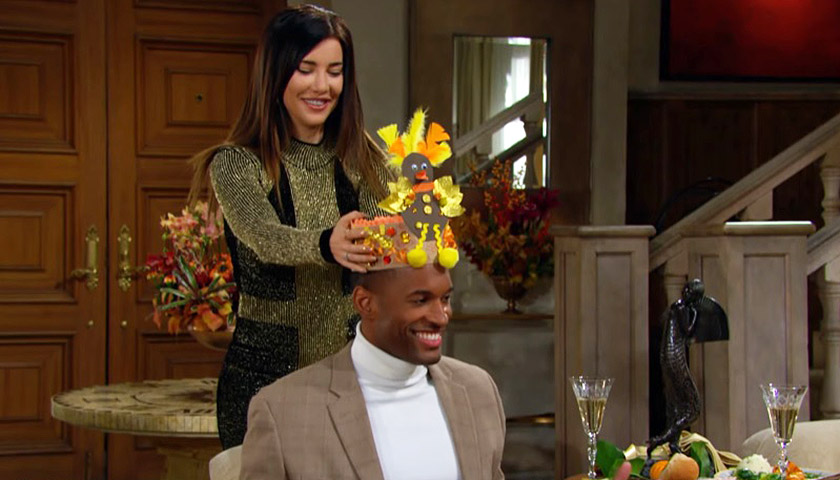 At the cliff house, Finn will continue to rail on his father for lying to him for more than 30 years. He’s furious and crushed that Jack kept the secret about his birth father from him. And although Jack asked for his forgiveness, Finn will refuse.

Later in the week, the Forresters will celebrate Thanksgiving, at Ridge and Brooke’s home. Hope Spencer (Annika Noelle) will present her mother with a putrid looking greenish fruit plate. “Lookin’ forward to it all year,” Liam Spencer (Scott Clifton) says in the B&B weekly preview. “It’s a very unique flavor,” Ridge will add.

Meanwhile, Sheila and Deacon will fantasize about spending the holiday with their kids, as they eat Chinese food from takeout containers. “I’m tired of getting shut out,” Sheila will say. “Do you think the Forresters are going to let you within a hundred feet of their mashed potatoes?” Deacon will ask her.

But it looks like he’s not going to take his own advice. “Gobble gobble,” Deacon will say as he walks into Brooke’s house, crashing the party. And he’ll be greeted by a shocked Brooke and a very displeased Ridge. But will Ridge throw him out?