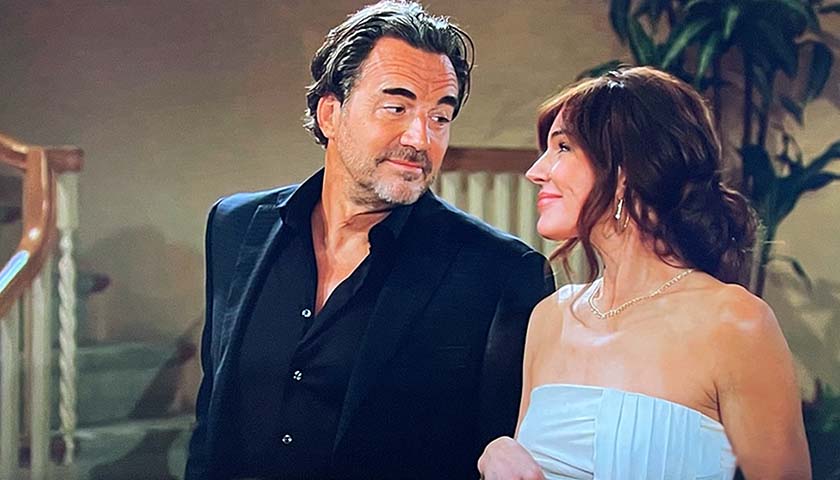 The Bold And The Beautiful (B&B) scoop for Monday, September 5 reveals Taylor Hayes (Krista Allen) will get caught up in another moment with Ridge Forrester (Thorsten Kaye).

B&B spoilers tease Deacon’s going to become extremely fed up with his new roommate. Sheila will tell him she has a clear vision of her future. And she has a real chance to be involved in Hayes and Finn’s (Tanner Novlan) lives.

B&B Daily Scoop – Sights Set On Being Close To Them

Sheila will point out that Finn didn’t recognize her at Il Giardino. As viewers saw on Friday, Finn gave her a second look, but that was it. Even Bill Spencer (Don Diamont) didn’t notice her. Besides, she’ll say, everyone thinks she’s dead. 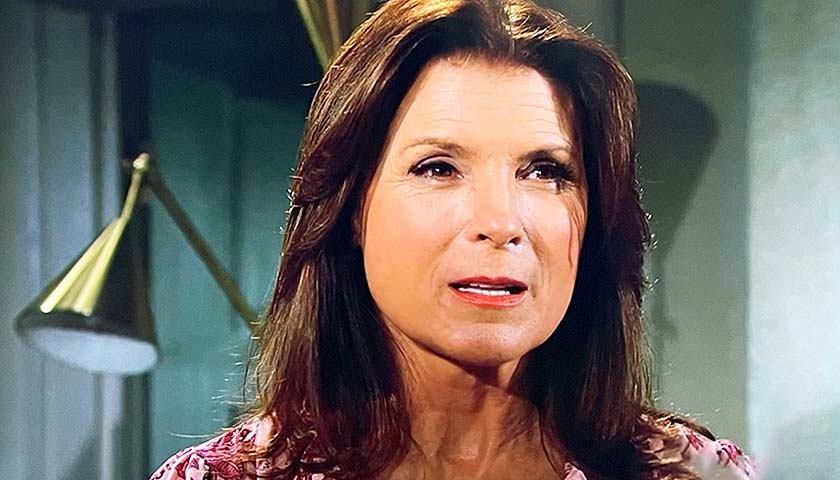 So, in Sheila’s twisted psyche, she assumes no one is going to identify her when she’s in her disguise. But Deacon will advise her to give her head a shake. He’ll tell her she’s deluded if she thinks Finn won’t eventually figure out who she is.

But Deacon’s warnings will fall on deaf ears. Sheila’s got her sights set squarely on being close to her son and her grandson. “You could hear the sadness in his voice, he misses me,” she said on Friday. “You think I’m crazy but my son still loves me.” And Sheila’s not going to let anyone get in the way of ruining her dreams, including Deacon.

Bold And The Beautiful Scoop – Will Taylor Pull Him In For A Kiss?

Regardless, whatever the moment between them consists of, Taylor will feel connected to Ridge like never before. She’ll gaze into his eyes and tell him she loves him. But will she pull him in for a kiss?

Bold And The Beautiful Scoop Friday, September 2: Hope Is Torn When She Sees Douglas Thriving At Eric’s – Will Finn Finn Recognize The Red Head At The Bar? #BoldandBeautiful #BoldandtheBeautiful #Thope