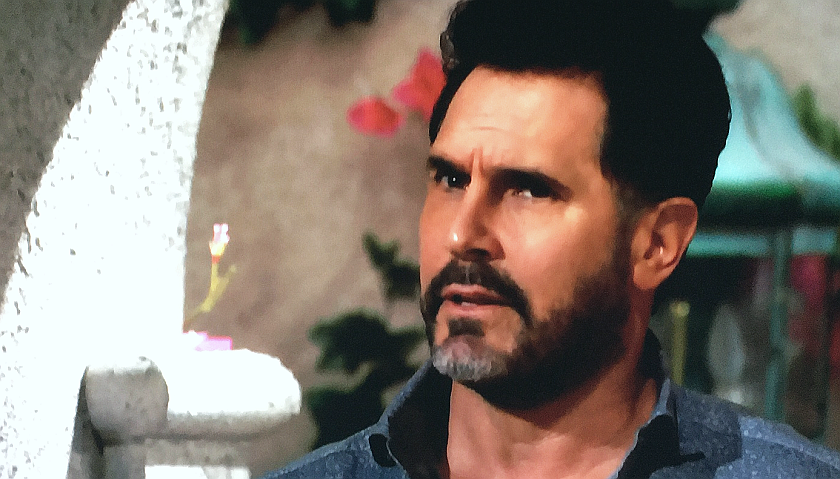 The Bold And The Beautiful (B&B) scoop for Monday, September 14 reveals Bill Spencer (Don Diamont) will make a commitment to one woman.

Quinn is offering Ridge the opportunity to do Shauna right. Their Las Vegas wedding was a rushed, drunken affair that Ridge doesn’t even remember. “I think Shauna has been patient enough, doesn’t she deserve to have a real wedding?” Quinn said to Ridge on Friday.

No doubt, Ridge will balk at the idea initially.  He’s obviously still in love with Brooke. Proof of that is he loses his mind when Bill is anywhere near her. Ridge is fond of Shauna though and is considering giving the marriage a go. He also thinks it was Shauna’s idea. Will he let Quinn bully him into an I Do, redo?

Meanwhile, Bill will take control of his own destiny and profess his commitment to one woman. He’s also made it crystal clear he’s not going to let Quinn dictate his actions anymore either.

After he rushed over to the Forrester mansion on Thursday, thinking Brooke was in trouble, he realized he’d been duped. “I really want you to hear me when I say this,” he told Quinn. “You involve me in your BS again and I promise you I will bury you.”

Bold And The Beautiful Scoop – Will He Choose Katie Logan Or Brooke Forrester?

Will Bill choose Katie Logan (Heather Tom) or Brooke? The woman he should choose is Katie. She told him they were through, but she’s still got feelings for him. She told Eric this week that she still loves her ex, she’s just not sure if she can get past what he’s done lately. But if Katie can forgive her sister, why can’t she forgive Bill?

Brooke’s Stallion can only take so much rejection before he finally realizes she’s put him out to pasture. Let’s face it – Bill’s been banging his head against the wall, professing his love to Brooke one too many times. He should realize there’s only one woman for him and it’s Katie. However, will Bill he see it that way?