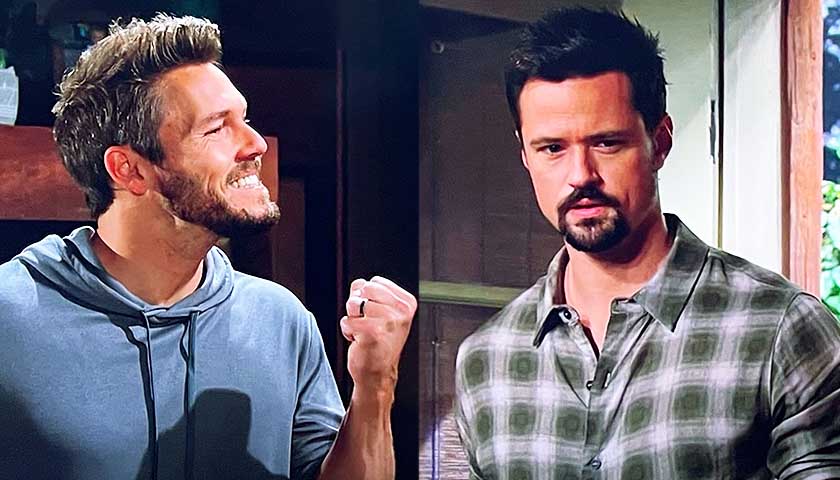 In addition, Sheila Carter (Kimberlin Brown) will spend time bonding with her grandson. Plus, Taylor Hayes (Krista Allen) will give as good as she gets.

B&B spoilers tease Sheila will sneak into the cliff house when Finn (Tanner Novlan) leaves the living room to take a phone call. She’ll pick up baby Hayes and will be overjoyed to hold him in her arms.

B&B Daily Scoop – Sheila Will Tell Hayes She Loves Him

Sheila will coo at her grandson and tell him his grandma loves him. And when she hears her son ending his call, she’ll rush out of the living room and back outside. But will the time she spent with Hayes put a dangerous idea in her head? 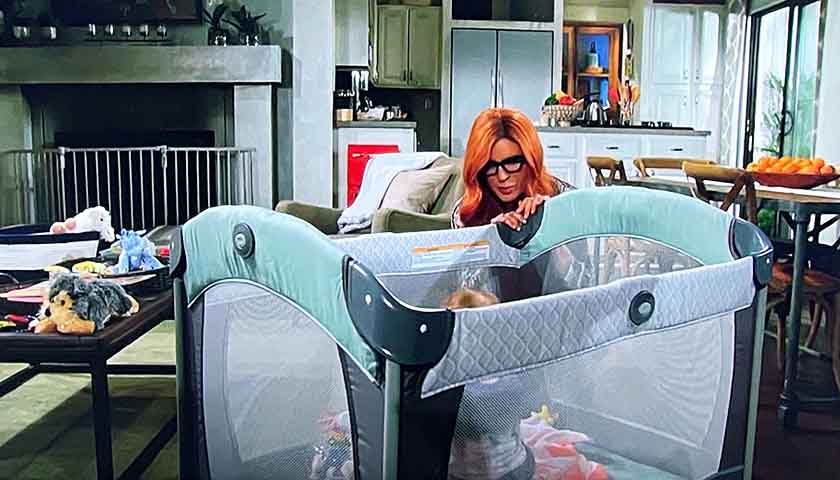 Meanwhile, Taylor and Brooke Forrester (Katherine Kelly Lang) will continue their face off. “This campaign to take Douglas away from his mother and Ridge away from his wife stops today,” Brooke told her on Friday. “Do you understand?.” But Taylor’s not going to take Brooke’s ultimatum sitting down. She’ll push back at her rival.

Finally, viewers know Thomas is trying to resist falling back into his obsession with Hope Spencer (Annika Noelle). However, he also recently recalled kissing Hope in the cabin. Which can’t be good, and he knows it. “Stop Thomas,” he told himself. “Hope’s married. You can’t go back there.”

But how is Thomas going to react when Liam asks him what his intentions are toward his wife? “Alarm bells are definitely  justified,” Liam said to Brooke on Thursday. “I just don’t know what Thomas is trying to achieve, where Hope is concerned.”

So, Liam will head straight to the source, to find out exactly what Thomas is up to. But will he admit he’s started obsessing about Hope again? Or will Thomas tell Liam his only concern is Douglas Forrester (Django Ferri)?

One Thought to “Bold And The Beautiful Scoop Monday, September 12: Liam Confronts Thomas About Hope – Sheila Picks Up Hayes – Taylor Pushes Back”