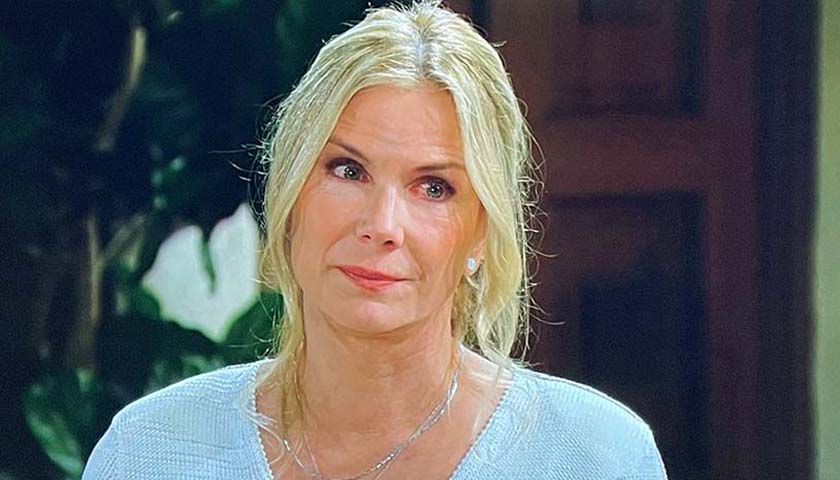 In addition,  Sheila Carter (Kimberlin Brown) will worry that Deacon Sharpe (Sean Kanan) is going to chase after Brooke.

B&B spoilers tease Sheila will be on edge, now that she knows Brooke is single again. And because of that, she could end up being homeless. Deacon has already suggested they go their separate ways, but will he end up kicking her out?

One thing Sheila knows for sure is that she needs to keep reminding him he has no chance with his ex. “I hate to agree with Bill Spencer on this one,” she told Deacon recently. “But whatever future you think you have with Brooke, it isn’t happening.” 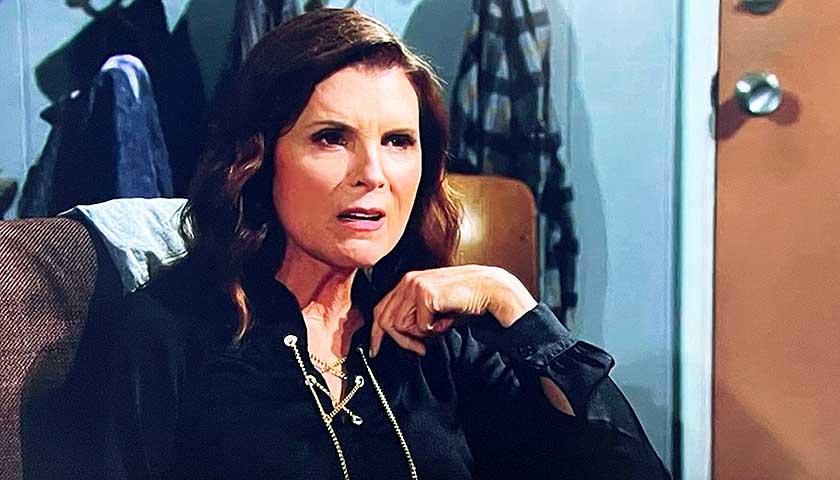 So, Sheila will resort to any means necessary to keep his mind off Brooke. She’ll continue to use her charms and her sex appeal to keep Deacon right where she wants him, which is in her arms and not Brooke’s.

Meanwhile, Taylor Hayes (Krista Allen) be walking on air. Her life has been a whirlwind, since Ridge showed up in Aspen. And now she’s reunited with the love of her life. Rumor has it, Taylor will also have some big plans for the two of them, which she’ll reveal later in the week.

Bold And The Beautiful Scoop – Is Ridge Finally Going To Come Clean?

Finally, Ridge will make his way over to Brooke’s place, to pack up his things and to say goodbye to his wife. Brooke will be relieved when she sees him. “I am not giving up on Ridge,” she told Hope Spencer (Annika Noelle) on Friday. “Our love story is not coming to an end.”

However, Ridge will tell her that it is. He’ll say he’s always going to love her, but they’re through. So, Brooke will get frustrated and will interrogate Ridge about why he’s left her for Taylor. Obviously, he believes she’s done something wrong, so she’ll ask him what she did to destroy their marriage. But will he finally admit what prompted him to suddenly reject her?