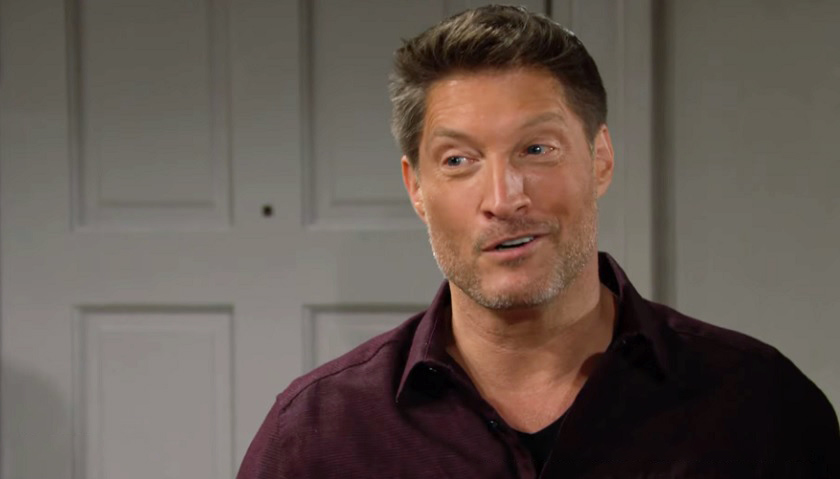 The Bold And The Beautiful (B&B) scoop for the week of December 6 reveals Deacon Sharpe (Sean Kanan) believes he has a chance with Brooke Forrester (Katherine Kelly Lang).

Also coming up this week, Taylor Hayes (Krista Allen) will return and Ridge Forrester’s (Thorsten Kaye) children will refresh his memory. Plus, Liam Spencer (Scott Clifton) asks his dad for advice and will Bridge’s relationship reach the point of no return as they argue about Deacon and Hope Spencer (Annika Noelle)?

B&B spoilers tease Liam will complain to Bill Spencer (Don Diamont) about his wife’s stubborn attitude, when it comes to her father. She wants to have a relationship with Deacon and has been unwilling to budge an inch. Viewers know Bill isn’t exactly neutral when it comes to Deacon. He hates Hope’s father and considers him a good-for-nothing sleazeball. So, what advice will he give Liam?

Meanwhile, Ridge will be furious when Brooke tells him she’s told Deacon he’s welcome to visit Hope. And Brooke will flip out when she finds out he’s kicked Hope off the property. “I know what he’s capable of,” Ridge tells Brooke in the B&B weekly promo. “Especially now that he’s convinced you that he’s a changed man.” Although she’ll be angry, Brooke will plead with Ridge to not let the whole situation come between them.

But it’s way too late for that and Ridge will complain about his wife’s attitude to his children. “Brooke knows exactly who Deacon was, and he hasn’t changed,” Ridge will tell Steffy Forrester (Jacqueline MacInnes Wood) and Thomas Forrester (Matthew Atkinson).

Steffy will mention that Brooke has caused him a lot of heartache over the years. She’ll also point out to her father that he was happy when he was married to their mother. Then shortly afterward, Taylor will stun an overjoyed Steffy with a surprise visit. And she’ll her daughter tells her she’s back in LA, to stay.

Finally, immediately after having a conversation with Brooke, in which she told him he was welcome on the property any time, Deacon headed down to the cabin to tell his daughter. But instead of going inside, he eavesdropped on she and Ridge. And he heard Ridge telling Hope to get out.

When Deacon returns to the hotel, he’ll have big news for Sheila Carter (Kimberlin Brown). “You really think you have a chance with her?” Sheila will ask, incredulously. “You never know,” he’ll reply, optimistically. “There’s trouble in paradise – big time.” But is Deacon right – does he really stand a chance of reuniting with Brooke?

Bold And The Beautiful Blast From The Past: Ridge Proposes To Taylor On The Runway
Would you like to see #Tridge reunite? #BoldandBeautiful #BoldandtheBeautiful