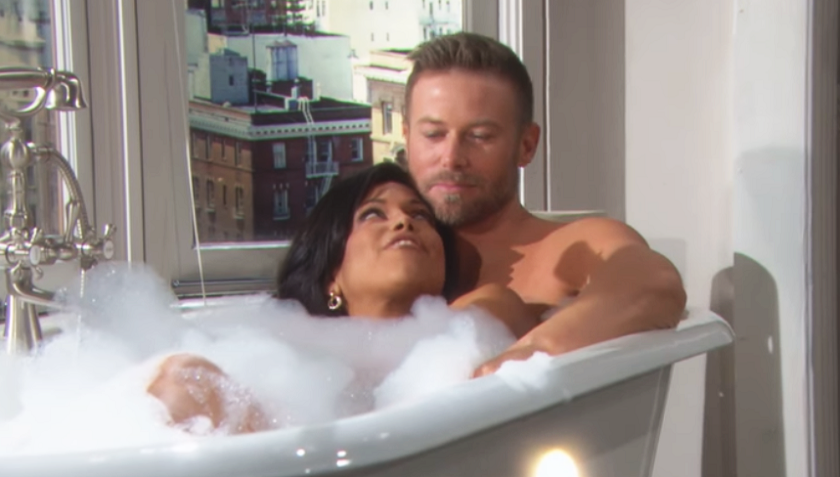 The Bold And The Beautiful (B&B) rumor mill is abuzz with gossip about the possibility of Rick Forrester (Jacob Young) and Maya Avant (Karla Mosley) returning to the soap.

With the B&B back in production as of today, and with other rumors floating around that massive changes are coming to the CBS soap, will viewers finally find out why Rick and Maya broke up?

“Infinite horizons belong to those who have infinite imaginations!” Young posted on his Instagram account on Monday. “This is never more true than in the extremely exciting and competitive industry of TV and Film. More on this next week.”

But it doesn’t end there. Yesterday, he posted a gorgeous photo from a B&B shoot in Monte Carlo, of himself and Mosley, on a yacht in the harbor. Is Young hinting at a B&B return for the characters?

Thank you to the very talented photographer and friend @denisguignebourgphotography for posting this beautiful picture of the stunning @karlamose and me with the skyline of Monte Carlo as a backdrop! Such a lovely memory. Thank you!

“Thank you to the very talented photographer and friend @denisguignebourgphotography for posting this beautiful picture of the stunning @karlamose and me with the skyline of Monte Carlo as a backdrop!” Young said. “Such a lovely memory. Thank you!”

Mosley replied, saying she didn’t remember that particular photo but she had fond memories of the day and of the location shoot in Monte Carlo. Fans also reminisced about the past and their memories of Rick and Maya.

According to an insider, CBS has told Executive Producer Bradley Bell they want more balance and more diversity on the show. Young was let go in April 2018 and Mosley was released from contract and put on recurring status in March, 2019. In December 2018, Maya returned from Paris with the shocking news that her marriage to Rick was over and there was never any explanation about their break up.

Along with the resumption of filming, and new episodes coming in July, will viewers also see the return of Rick and Maya? Keep reading The Soap Scoop for more updates on the Bold And The Beautiful, as well as other spoilers and news. And make sure you join our free Facebook Group.