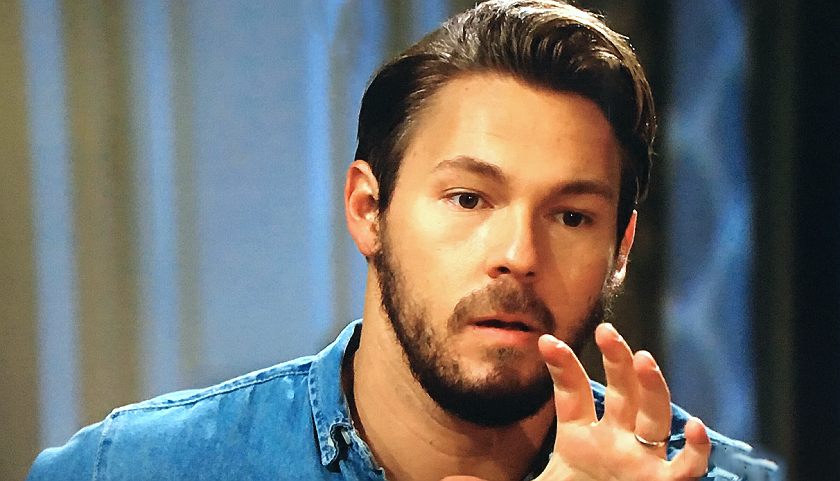 The Bold And The Beautiful (B&B) scoop suggests Liam Spencer (Scott Clifton) may never learn from his past mistakes.

But instead of confronting Thomas and his wife right then and there, he chose to jump to conclusions. Then he headed straight to Steffy Forrester (Jacqueline MacInnes Wood) to encumber her with his troubles. This isn’t the first time he’s misunderstood a situation and made it much worse and it certainly won’t be the last.

Perhaps the most dire example of Liam misinterpreting things took place in 2016. He walked into his house and found his brother sleeping in his bed with Steffy, fully clothed. Rather than challenging Steffy and Wyatt Spencer (Darin Brooks), he took off. This eventually resulted in Liam hitting his head and developing a bad case of amnesia after Quinn Fuller (Rena Sofer) kidnapped him and held him hostage for months.

Spoilers tease his actions this time will directly lead to him spending the night with Steffy, who asked him what he saw when he arrived at Thomas’ place. “Hope in Thomas’ arms. In your brother’s arms,” Liam replied. “The man who’s been lying to us, manipulated us, who kept Beth from us for months. And she was kissing him.”

Liam will find some alcohol in Steffy’s house and he and his ex will get drunk together. Then he’ll get all maudlin and mention that he shouldn’t have left her for Hope and that it’s his biggest regret in life. They’ll kiss and it will lead to much more.

The next day, they’ll both regret what they’ve done. But none more so than Liam, especially when when he finds out Hope didn’t kiss Thomas at all. He foolishly mistook his wife for the mannequin.

Liam is going to have a huge secret hanging over him that’ll be sure to take its toll. It may even result in the end of his marriage to Hope. Do you think Liam will ever learn from his mistakes? Vote in our poll below!

One Thought to “Bold And The Beautiful Poll: Will Liam Ever Learn From His Mistakes?”