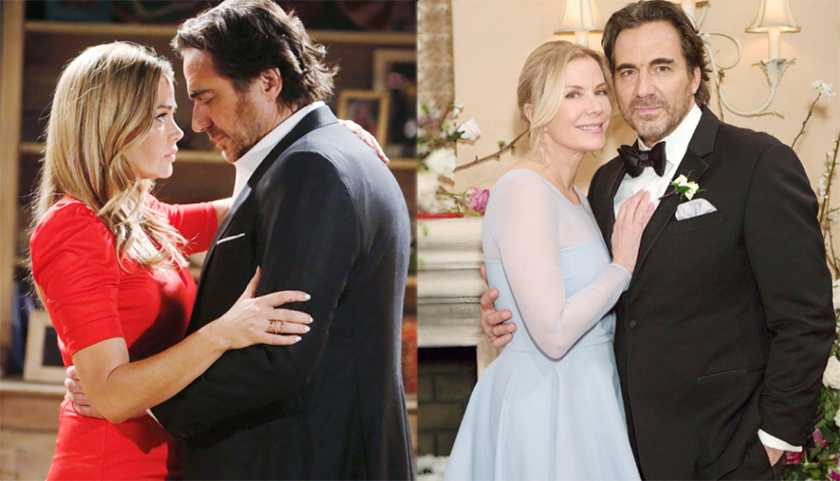 The Bold And The Beautiful (B&B) scoop reveals that Ridge Forrester’s (Thorsten Kaye) heart seems to be divided between two women.

It’s obvious he’s still in love with Brooke Forrester (Katherine Kelly Lang), but she hurt him very badly recently. He found out she had kissed his mortal enemy Bill Spencer (Don Diamont) and Ridge isn’t sure he can get over it.

But instead of trying to work things out with his wife, Ridge went running into the arms of another woman. Shauna Fulton (Denise Richards) has told Ridge she’s in love with him, but he hasn’t returned the sentiment yet.

Brooke believes she is Ridge’s destiny, but these two have been married and divorced countless times over the past 30 years. Their last spat was over Ridge’s son Thomas Forrester (Matthew Atkinson).

Bold And The Beautiful Scoop: After Wild Night With Shauna In Vegas, Ridge Wakes Up With Brooke In LA #BoldandBeautiful #BoldandtheBeautiful #Bridgehttps://t.co/3esnkEKNsS

Brooke was convinced Thomas was still obsessed with her daughter, which caused Ridge to move out of her house and the two of them were apart for months. It turned out Brooke was right about Thomas, which led to a one day Bridge reunion that was blown apart when Ridge saw the video of his Logan kissing Dollar Bill.

Longtime viewers may have had enough of the decades long Bridge love story. For more than 30 years, they have played a toxic game of break-up and make-up. Maybe it’s time Ridge had a fresh start with a new woman.

Shauna loves Ridge but she’s terrified of getting her heart broken. “Proximity to you is not a good thing for me,” she told Ridge, after their night in Vegas. “I let my guard down…but, self preservation you know. I haven’t exactly been subtle about my feelings for you – I love you and you know that.”

Ridge has told Shauna countless times that she makes him happy. Should he fly to Vegas and pursue her, or try to put his crumbling marriage to Brooke back together? Who should Ridge be with – Brooke or Shauna? Vote in our poll below!