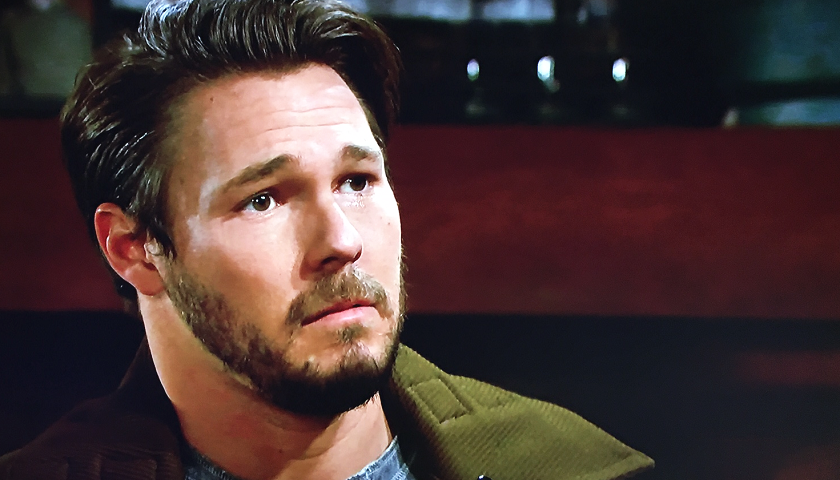 The Bold And The Beautiful (B&B) scoop suggests Liam Spencer (Scott Clifton) could wind up alone after all is said and done. But does he deserve to?

Liam cheated on Hope Spencer (Annika Noelle) with Steffy Forrester (Jacqueline MacInnes Wood), but it wasn’t the first time. And viewers believe that if given the chance, it won’t be the last.

Hope was in shock on Friday when Liam confessed to sleeping with Steffy, after he thought he saw her kissing Thomas Forrester (Matthew Atkinson). He admitted that instead of going to the office that night, he headed to his ex’s place. “I wanted someone to vent to,” he said. “I wish I could take that night back.”

Bold And The Beautiful Poll – Will Liam Spencer Finally Learn His Lesson?

That’s not to say Hope is completely innocent either. Steffy caught Liam making out with Hope in a dressing room in 2018. This was shortly after she gave birth to Kelly Spencer (Avalon and Colette Gray). But the problem, it seems, isn’t really either woman, it’s Liam. And it’s always been Liam.

“Why am I the unstable one? The one who overreacts?” Hope said to him way back in 2012, after he cheated on her with Steffy. “When your intense need to have a girl adore you makes Steffy and me almost interchangeable to you?”

Then again, Liam does have a good heart and when he’s married to Steffy or Hope, he does seem dedicated, that is, until he ends up cheating. Perhaps after this round of betrayal, Liam will have finally learned his lesson.

However, it seems unlikely and fans on both sides seem to be done with him. In fact, many supporters of both Team Hope and Team Steffy would rather see their favorite with anyone besides Liam. “Liam is a coward,” one fan posted. “I hope she kicks him to the curb.” Another fan said she expects the baby to be Finn’s (Tanner Novlan), leaving “Liam alone forever.”

So, what do you think? Does Liam deserve to end up alone? Vote in our poll below!

One Thought to “Bold And The Beautiful Poll: Does Liam Deserve To End Up Alone?”