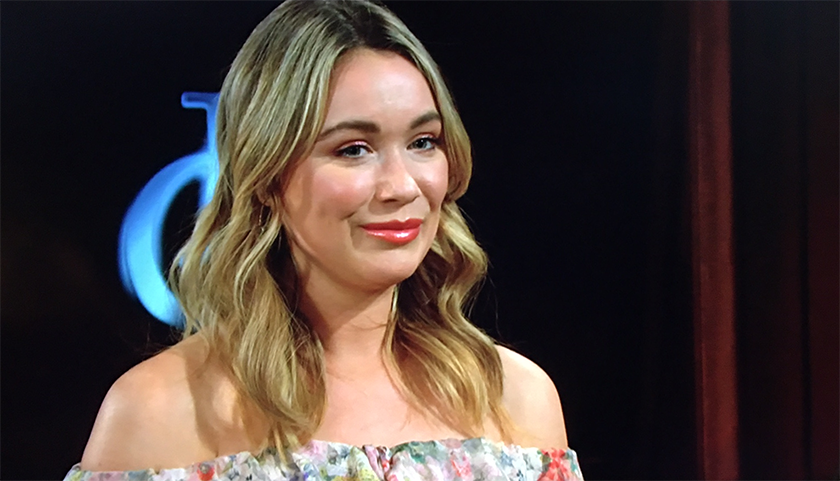 The Bold And The Beautiful (B&B) scoop reveals many fans are upset that the Logan sisters recently forgave Flo Fulton (Katrina Bowden) for her sins of the past. But does she deserve redemption?

Viewers are well aware that Flo was a big part of the baby snatching scheme orchestrated by Dr. Reese Buckingham (Wayne Brady). She pretended to be baby Beth’s birth mother. She also allowed the doctor to sell the child to Steffy Forrester (Jacqueline MacInnes Wood).

Even worse, Flo stayed silent as Steffy became attached to the tot, who she named Phoebe after her late sister. And she also stood by and said nothing for months as she watched her cousin Hope Spencer (Annika Noelle) suffer the loss of a baby who was actually still alive.

Bold And The Beautiful Scoop – Is Flo Fulton The Most Hated Character?

She’s become the most hated character on the B&B and for good reason. Flo has also been dubbed Baby Thief, Baby Trafficker and Felony Flo by viewers, among other colorful nicknames.

However, Katie Logan (Heather Tom) recently implored her sisters to forgive Flo for her heinous past. Then when Brooke Forrester (Katherine Kelly Lang) and Donna Logan (Jennifer Gareis) agreed, she pressured them into hiring Flo at Forrester Creations.

Many fans have also pointed out that the two women who suffered most from Flo’s crime weren’t even consulted on the decision. Steffy unknowingly adopted a stolen baby and Hope thought her baby was stillborn. Do they really want to have to see Flo every day at work?

Then again, other characters have had their own jaded histories. Just look at Brooke and Katie. Brooke not only slept with her daughter’s husband, but her sister’s husband as well. Katie slept with Nick Marone (Jack Wagner) when he was married to her niece. It’s a fact that nobody’s perfect, especially in the world of soaps.

Plus, it’s understandable that Katie had already forgiven her niece. She did donate a kidney to her, which saved her life. So, what do you think? Are you glad Flo got some Logan love this week or is she unworthy of it? Vote in our poll below!