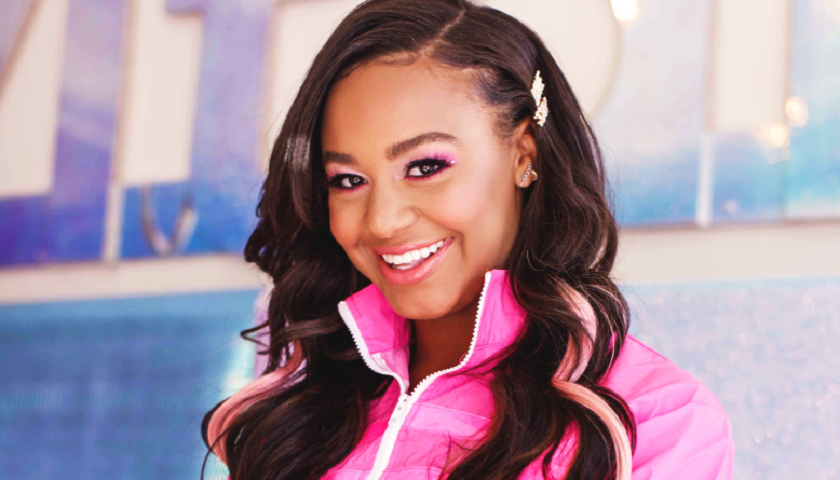 Bold And The Beautiful (B&B) alumni Nia Sioux, who played Emma Barber on the soap, has launched a new company called Hair Candy by Nia Sioux.

The company sells different colored hair extensions, with a twist.

“I am so proud to introduce my new colorful hair extensions called “Hair Candy”! “Hair Candy” extensions are 100% human hair so you can curl them, straighten them, wash them, etc!” Sioux states, on her company website.

“As you may know, most colorful hair extensions are synthetic so you can’t put heat on them. “Hair Candy” is special because you can wear and style them over and over!”

Forrester will miss Emma, and #BoldandBeautiful will miss @NiaSioux! pic.twitter.com/q9UZ7itvgb

The product is described as “a fun way to jazz up a look and to try a new hair color without a long term commitment.”

Sioux played Emma Barber on B&B starting in the spring of 2018. She was an intern at Forrester Creations and became involved in a summer romance with Xander Avant (Adain Bradley). But when his stalker ex-girlfriend Zoe Buckingham (Kiara Barnes) arrived in LA a few months later, the couple broke up shortly afterward.

Emma disappeared for awhile but returned in the summer of 2019, only to be tailgated by Thomas Forrester (Matthew Atkinson) as she drove her car down the highway. She was rushing to tell Hope that baby Beth was alive but never made it. Emma crashed her car and sadly passed away.

Sioux got her start in show business on the reality TV series Dance Moms. She also once starred in a Nickelodeon digital series entitled Nia Sioux’s Slumber Party and is the star of the Brat TV digital show Sunnyside Up.