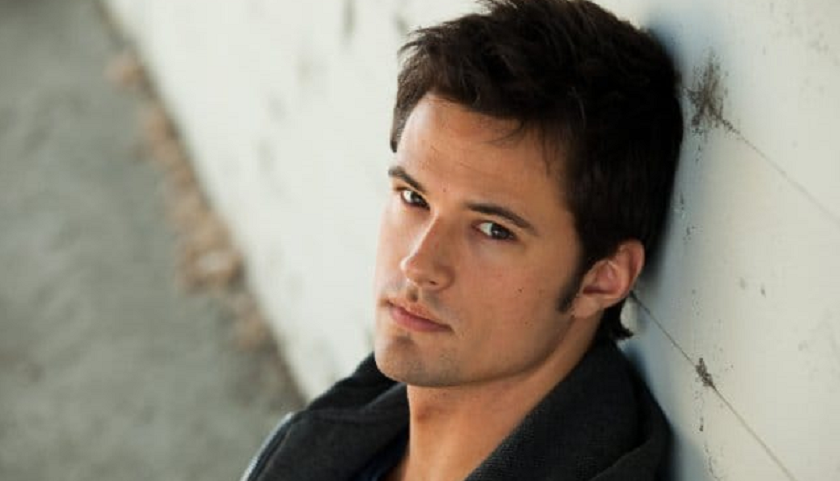 Atkinson, who plays Thomas Forrester on the B&B, will portray a character named Griff Shores in the movie. Details on his character have not been released. So it’s not known if Griff will be a good guy or a villain, like Thomas.

The B&B actor will be sharing the spotlight in the film with a number of soap alums. Lindsay McKeon, who played Marah Lewis on Guiding Light, stars as Kayla Anderson, an art gallery owner.

Chasty Ballesteros, who portrayed India on the Young And The Restless (Y&R) and Dana on Days Of Our Lives, will also appear in the film.  Y&R alum Marco Dapper, who played Carmine Basco, is set to play Jason Anderson.

Spoilers tease that Kayla will hire a party planner for her daughter Kerry’s (Cathryn Dylan) 16th birthday party. And unfortunately for Kayla, the person she ends up hiring is a killer. Lindsay Shores (Katrina Begin), murdered her own husband and has big plans for Kayla’s daughter.

Atkinson has been playing Thomas on the B&B since March 2019. Thomas is currently obsessed with Hope Logan (Annika Noelle) and hoping to break up her relationship with Liam Spencer (Scott Clifton), so he can have her for himself.

The actor landed his first soap role in 2014, as Austin Travers on the Y&R. Austin was married to Summer Newman (Hunter King), until he met his untimely end in early 2015.

He has had a successful acting career from the start, his feature film debut was in the 2009 hit film The Blind Side, with Sandra Bullock. He also starred in the prime time series Jane By Design and Parenthood.

Keep reading The Soap Scoop for more Bold And The Beautiful spoilers and news.