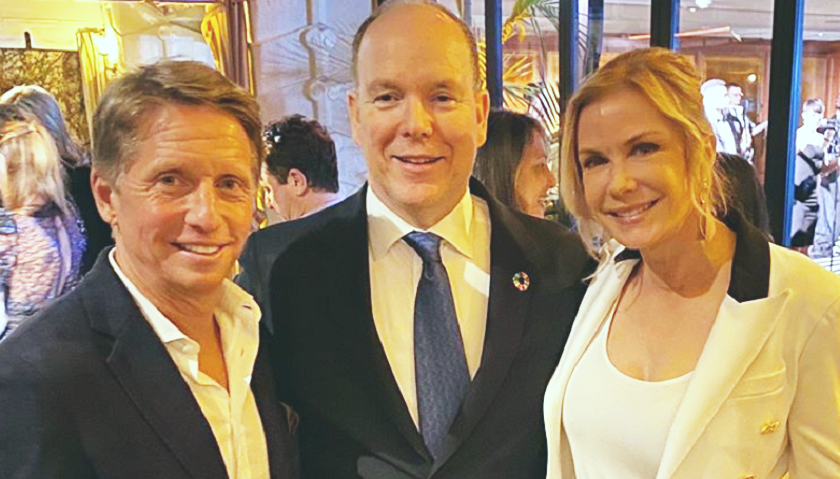 Bold And The Beautiful (B&B) actress Katherine Kelly Lang recently rubbed shoulders with royalty, as she socialized with Prince Albert of Monaco.

“It was so wonderful to catch up with Prince Albert and spend some time outside of @boldandbeautifulcbs with Brad Bell,” Lang posted on Instagram.

The B&B actress wasn’t the only soap star at the party celebrating the festival. Her co-star Denise Richards, who plays Shauna Fulton, was there with her husband Aaron Phypers.

The Monte Carlo Television Festival was created by Prince Rainier III of Monaco in 1960 and will celebrate its 60th anniversary in June.  Prince Albert II is the festival’s current honorary president. The festival is a celebration of the best of television from around the world.

B&B airs in many countries internationally, including Australia, South Africa and Monaco.  Because of this, cast members have mingled with international celebrities and well known figures.  The B&B has been nominated for the Monte Carlo Television Festival’s Golden Nymph Award in the Telenovelas/Soap Opera Category and then won it 13 years in a row.